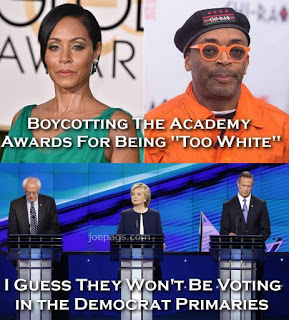 When discussing racially charged issues, I first ask myself, “What would Al Sharpton do?” He’s Barack’s racial toady. Sharpton has denounced the Academy Awards as an exercise in racism because the fix is not in for a negro to win anything this year.
Ask me if I care. Go ahead.
No, I couldn’t give a rat’s ass about it.
If  black people want to vote for a black presidential candidate this year, they must become Republicans. Oh, how that must burn? Do you think that Spike Lee will vote for Dr. Ben Carson?
Whatever.  I don’t care about that either. Moving on.

The shrill, dumpy old lesbian, Hillary Clinton, is whining on all of the talk shows about how she is an outsider and Bernie Sanders is an insider.  The nasty old crone has been an insider for the past thirty years, as senator, secretary of state and first lady. Give me a f-ing break. The pay-to-play back room deals have made she and Bill wealthy. And that’s only the small portion of the fortune that we are aware of. Who knows how much rainy day money they have stashed off-shore. The Byzantines practiced a form of execution when a high official stole from the kingdom. They melted the stolen gold and poured that down the throat of the perpetrator. The Constitution protects the Clintons and Obamas from cruel and unusual punishment, however fitting it might be.

Truth be told, Barack will pardon her and she’ll keep her ill gotten gain, and will live on it as a bitter, mangey, shrew until the Grim Reaper comes calling.

And in other news: 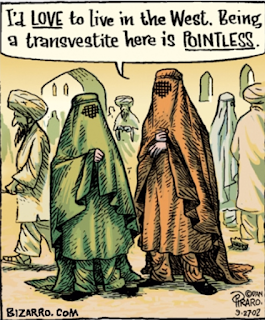