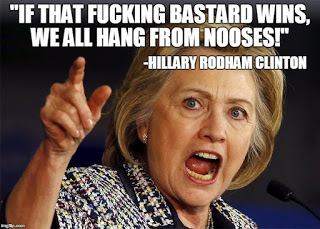 Facebook
Twitter
Pinterest
WhatsApp
It’s time to sharpen your knives. Take them to a leather strop when you’re finished with your stone work and bring them to a molecule thickness…sharper than a razor.

A reckoning is what we’ve been asking for and it’s coming. It always works the same way with conspirators. The key is the grand jury. It’s a secret proceeding with only the prosector, the witness and the jury. There is no Fifth Amendment right against self incrimination and there is no right to have your attorney present. In fact, if you’re a conspirator — can you trust your attorney? Who does your attorney know, who will THEY tell?

So there you sit with the prosecutor and the grand jury. You don’t know what the other co-conspirators have said, so perjury is on the table if you lie. And with the conspiracy to create a coup to remove a lawfully elected president, comes overt acts that are crimes upon which the conspiracy swings.

Subpoenas will go out very soon if they have not been sent out already.

Adulterers Supervisory Special Agent Peter Strzok, FBI and FBI Counsel Lisa Page are blaming Loretta Lynch for the rigging of the Hillary investigation and her server and obstruction of justice.

Loretta Lynch was leaned on by former President Bill Clinton on behalf of Candidate Hillary Clinton to obstruct justice in the e-mail scandal then plaguing his wife. She’ll blame Bill.

Bill Clinton, can not take the Fifth and must testify against his wife. Bill Clinton knows a lot about perjury…once bitten, twice shy?

Hillary Clinton — may not be called to testify, but she may get a target letter, which is common practice. (lock-her-up — see above)

Bruce Ohr now blames DOJ and FBI officials for ignoring his warning about Christopher Steele and the dossier. Will he throw his wife, an employee of Fusion GPS, under the bus?

Rod Rosenstein is firing back at Comey.

Brennan and Clapper are buddies, but in a grand jury, Clapper will flip like a pancake on his old friend. Then where will Brennan be? Is there a target letter in the mailbox?

Andrew McCabe is attacking all of them.

Susan Rice isn’t saying too much but she unmasked Trump campaign officials to implicate them in the phone Russian spy hoax. Will she roll on Barack?

Will Barack Hussein Obama get a target letter or will they throw him into the grand jury?

You know, I wish that I was a DC lawyer. I’d make enough to buy the airplane that I want. Drat, another missed opportunity.