The Jihad in Nigeria

Facebook
Twitter
Pinterest
WhatsApp
Coexistence with Islam is difficult when they always seem to be bent on Jihad (killing everyone who is not one of their number. Nigeria is experiencing this first-hand.

On April 28, on this blog, you read (if you were reading) about Boko Haram. It’s not seemly to quote yourself, so I won’t you can read the details if you want to.

LAGOS, Nigeria (AP) — Admitting Islamic extremists now control some of his nation’s villages and towns, Nigeria’s president declared a state of emergency Tuesday across the country’s troubled northeast, promising to send more troops to fight what he said is now an open rebellion.

President Goodluck Jonathan, speaking live on state radio and television networks, also warned that any building suspected to house Islamic extremists would be taken over in what he described as the “war” now facing Africa’s most populous nation. However, it’s unclear what the emergency powers will do to halt the violence, as a similar past effort failed to stop the bloodshed.

“It would appear that there is a systematic effort by insurgents and terrorists to destabilize the Nigerian state and test our collective resolve,” Jonathan said.

Is it really that bad in Nigeria?

My sense is that it isn’t because the Islamic movement is localized by turf to the northeastern part of the country. However the trans-African Magreb jihadis are growing in both number, in level of financing and they are expanding their territory. President Goodluck Jonathan is trying to head off what happened in Mali and has happened in so many other locations around the world.
Does the US have a role to play? Nigeria has a lot of oil, and it’s one of the few relatively stable countries in the region. But it’s still what most Americans would characterize as a “shit hole”. It’s black Africa. AIDS is endemic. Ignorance is rife. There are posters by the side of the road urging males not to rape women. When you consider the level of “shit hole”, it’s not as bad as most places in Africa. I put it on par with modern Kenya (ancestral home of the American President). However, Americans don’t need to send their young men and women to die in a place like Nigeria and I doubt that the US has any will to do that — with the exception of SOCAFRICA. Special Operations Command Africa does have the ability to support Nigeria in a low intensity conflict with training and actual field operations. 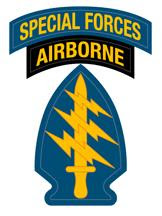 The littorals are not at risk. SEALs don’t need to go there. However, the US Army has a strong special forces presence that can be supported from our (secret) air base at Naimy, Niger. Sending the Electric Butterknife (US Army Special Forces) makes perfect sense in this situation. It reflects the sort of force-multiplier mission that they do very well and have done since their inception.

The Loyal Opposition
Zimbabwe President Robert Mugabe does not agree with me. In a statement two days ago, he urged African intelligence services  to prepare for fresh onslaughts by foreigners and the continent’s former colonizers to grasp its natural resources and potential wealth. (AP Article Here)
Mugabe said Africa’s vast reserves of untapped resources and the world-wide recession have triggered a new scramble for control of its “raw wealth.” I can’t disagree there but the locusts aren’t the former colonizers, it’s primarily the Chinese. Sorry China. I have to call it the way that I see it.

Hang on a minute, Mugabe!

Opening a convention of the continent-wide 49-nation Committee of Intelligence and Security Services, held in Harare, Zimbabwe, Mugabe said outsiders have used at least 20 armed conflicts in Africa since 1990 to gather intelligence and deploy “stealth predator drones,” unmanned surveillance aircraft, to spy on their countries. (Link)

Here, Mugabe is taking an undisguised shot at the US. Not fair, Bob. It’s the Chinese who are raping you, not the US. You need to re-think your thesis. However, its always fun to take cheap shots at the world’s superpower (run by a fellow of African heritage).

Where is President Obama on this?
He’s in Washington, defending his and Secretary Clinton’s outrageous conduct in Benghazi, defending his Treasury Department and Internal Revenue Service for their undisguised attacks on his political rivals (third world style), deflecting for his Department of Justice who apparently spied on reporters through obtaining their telephone records, and lamenting that the Boston Marathon bombing was carried out by yet another (fellow) Muslim.