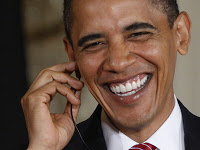 The IRS will be enforcing one of the greatest expansions of government power in our history – ObamaCare.

Now we know that IRS has a “Secret Working Group” to target political enemies of the Obama Administration in general and of the President, specifically. (AP)

When ObamaCare’s individual mandate takes effect in 2014, all Americans who file income-tax returns must deal with and report personal health information to the IRS.
The IRS will require the name and health insurance identification number of the taxpayer, the name and tax identification number of the health insurance company, the number of months the taxpayer was covered by this insurance plan and whether the plan was purchased in one of ObamaCare’s “exchanges.” Will ObamaCare resisters also be considered enemies of the state?

Benghazi – Lest we forget Now we know that the facts available to the Obama Administration were generally comprehensive during the terrorist attack on the US Consulate and CIA Bases in Benghazi, Libya on September 11 and 12, 2012. And that while aid could have been sent to save the lives of Americans under attack, a conscious decision was made by the Secretary of State and others NOT to do that. They were on the run up to a Presidential Election and felt that any actions on their part would tend to dilute their ‘victory’ during the Arab Spring.

(IBD) “Asked if the intelligence community’s Benghazi talking points “were not purposely changed to downplay” terrorism at the height of his re-election campaign, after newly revealed emails showed the White House and the State Department heavily revised them, Obama instantly pointed to Republicans.”  Because you have to blame somebody else.

Tap-Tap-Tap
The Justice Department secretly obtained two months of telephone records of reporters and editors for The Associated Press in what the news cooperative’s top executive called a “massive and unprecedented intrusion” into how news organizations gather the news.
This undermines the credibility of the US Department of Justice in a way that even the press (victims) are now taking notice of. It shows that even Obama’s devoted followers are subject to the same sort of abuse of trust that the rest of America suffers from. When will journalists stop defending the Obama Administration’s outrageous conduct?
IRS – Jackbooted Thugs?
Americans woke up this week being reminded of the old adage that the power to tax is also the power to destroy.
Our country was born in revolt against taxation used by a tyrant to control and stifle liberty, and this is not the first president to abuse this power.

Back in May 2009, Professor Glenn Reynolds, better known to his followers as Instapundit, wrote an Op-Ed in the Wall Street Journal recounting how President Obama, who had been refused an honorary doctorate by Arizona State University, remarked: “President (Michael) Crowe and the Board of Regents will soon learn all about being audited by the IRS.”

The Washington Post reports that of 298 groups selected for special scrutiny, according to a congressional aide it talked to, 72 had “tea party” in their title, 13 had “patriot” and 11 had “9/12.” 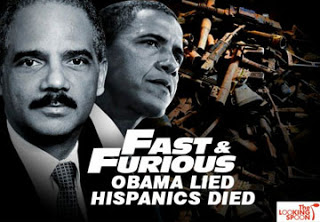 Does anyone doubt that the Obama Administration engineered this activity at the very highest levels in order to justify their push toward gun control?