The Influence of Seapower on History (China) 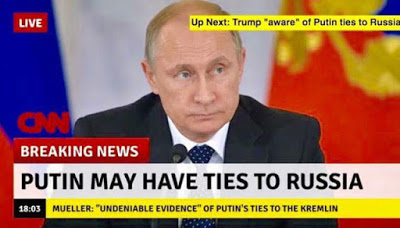 Facebook
Twitter
Pinterest
WhatsApp
THIS is CNN
The shameless, elite, smug, corrupt, nasty, myopic US mainstream media either ignores what’s happening around the world, or they’ve been coopted. In one scenario they are useful fools – and in the other they are useful tools. The cynic in me is unable to decide.
Choke Points – And President Xi Jinping’s Belt and Road Initiative (BRI)
Context and Precedence
(Reynolds Peele Parameters (US Army War College), Summer 1997, pp. 61-74.)  Sir Walter Raleigh once observed, “Whosoever commands the sea commands the trade; whosoever commands the trade of the world commands the riches of the world, and consequently the world itself.” Unimpeded sea lines of communication are as important to us today as they were to Raleigh, his peers, and their successors who created a mercantile empire that was sustained by the Royal Navy’s control of the sea lines of communication linking England, its colonies, and its trading partners.
More than 80 percent of global trade still moves by sea, and the United States depends on the free and unimpeded movement of its share of that commerce. Further, with its power-projection land forces and seemingly unending international commitments, the United States and its allies depend on access to the seas to ensure their security.
The concept of unimpeded sea lines of communication underpins the very meaning of a national security strategy based on the twin premises of global enlargement and engagement. Yet one must ask whether US strategy adequately addresses the security of the various sea lines of communication and the associated chokepoints so essential to its own economic well-being and that of its principal allies.
Mahan and Seapower

Alfred Thayer Mahan was born in 1840 at West Point, New York, where his father was a professor at the US Military Academy. The future admiral graduated from Annapolis in 1859, served in combat during the Civil War, and in 1885 was assigned to the Naval War College as a lecturer on naval history and strategy. He later was its president (1892-93) and retired from the Navy in 1896. Recalled to active duty in 1898, Mahan served as a member of the Naval War Board and as a delegate to the Hague Peace Conference, retiring a second time in 1906 as a rear admiral. He continued to develop his concepts of naval strategy until his death in 1914.

Mahan’s analysis of history convinced him that lines of communication determined the outcome of many battles and campaigns: Napoleon severing enemy supplies at Marengo (1800) and Ulm (1805), and Farragut holding the lines of communication of the forts on the Mississippi, which eventually contributed to their conquest during the Civil War, stood out in his mind. Equally significant was the US Navy’s decisive blow to Confederate commerce by seeking out its ships on the high seas shipping lanes and by blockading and closing ports. The essence of Mahan’s theory was that a nation could be strong only if it had the means to control the seas against any threat; seapower was the only way to attain that strategic objective.
Mahan identified three attributes relevant to much of the history and policy of nations bordering the sea: “production, with the necessity of exchanging products; shipping, whereby the exchange is carried on; and colonies, which facilitate and enlarge the operations of shipping and tend to protect it by multiplying points of safety.” Relationships among the three were underscored by Mahan’s conviction that the United States had to develop a strategy that would allow it to compete with the European powers in the first two categories, if not in the third. While his words are those of 19th-century imperialism and colonialism, there is not a great difference between his conclusions and those that motivate practitioners of enlargement and engagement today.
Mahan concluded that there are “two classes of powers: those whose communication is by land, and those who depend upon the sea. The sea lines are the most numerous and easy, and they will probably be determinative of the course of trade,” one can examine his criteria for sea-going powers when contemplating war.
Mahan’s views on seapower were followed closely in Great Britain, Germany, and Japan; they directly affected the Allied victory in World War II, and they sustained those whose concept of seapower contributed to victory in the Cold War. Mahan recognized the geopolitical significance of sea lines of communication and of the chokepoints defined at various places along them. His insights about maintaining sea lines of communication for one’s own benefit and preparing to deny them to adversaries are as relevant to strategists today as they were a century ago. One of the objectives of this article, then, is to reflect on how others might apply Mahan’s theories against the United States to impede our ability to intervene in regional conflicts.
Sri Lanka

The Chinese study history in the same way that everyone else should.

Reuters reported on 25 July that Sri Lanka’s Cabinet approved a deal to grant China 80 percent control over commercial operations at the southern port of Hambantota, but it withheld giving Beijing majority control over port security,

Sri Lankans, India, the US and Japan protested an earlier version of the deal because of concern that it could have allowed the port to be used for military purposes. The new version of the deal addresses that concern. One remaining point that is to be negotiated is whether Sri Lanka will grant more than 6,000 hectares near the port to China for development purposes.
The Sri Lankans and the Chinese have been working on the development of this port since 2010. When the development is complete, it will be the largest port complex in the Indian Ocean.
China is the major developer, as part of President Xi Jinping’s Belt and Road Initiative (BRI). Every mayor development project associated with the BRI includes sales, grants or beneficial use of vast tracts of land for development and use by Chinese companies. This is one of the very sensitive and less well-publicized features of the China-Pakistan Economic Corridor.

China is surrounding India with massive Chinese infrastructure projects and workers. To India’s east, the Chinese are building a major port on the Indian Ocean coast of Burma. To India’s west, they have already built the port of Gwadar in western Pakistan, as part of the China-Pakistan Economic Corridor. Hambantota is the Chinese-built port south of India. The new Chinese military logistic facility is at Djibouti, which marks the western terminus of the BRI in the Indian Ocean.
China has promised not to use the commercial ports for military purposes, but military ships can use commercial ports for refueling and resupply. Hambantota is a critical link in the BRI initiative because it is mid-way across the Indian Ocean, bypassing India to the south. With Hambantota complete, Chinese ships will have friendly ports all the way to the Mediterranean Sea via Djibouti and the Suez Canal.

These ports are also strategically located on or near the choke points that US Admiral Mahan addressed in his 1890 book, The Influence of Sea Power upon History: 1660–1783