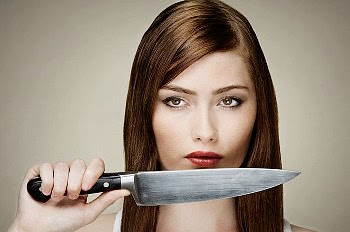 Without weapons, all you can do is hope that armed men will be fair and honest. Hope, is not a plan, and when people use it as one, they tend to end up taking it up their fourth point of contact.

He looked down from his black horse and introduced himself oh, so politely as Jeff. He even removed his hat just so by tipping it. I never thought that he looked much like a “Jeff”. Maybe a Geoff? There was a precocious ruthlessness about him. Harsh cheekbones and a rapaciously curved nose led to a raptorial profile. No flexibility, no contemplative nature, no possibility for compassionate behavior. To Jeff, the world existed as a choice of absolutes. His choice, naturally had the narcissistic benefit of being the absolutely best possible.
I heard him reel off facts to the men around him, but they were always dry facts. Jeff didn’t have the soul of a philosopher. Neither did he seem to be a student or a deep thinker. He preferred to be part of the action rather than brood over it before or after it occurred.
As Jeff’s forced concubine, I had been privy to his moods but not to his secrets. He didn’t seem to be a man who kept them. When he wanted sex, he took me without a second thought. Since he preferred it when I resisted, I developed the habit of passive acceptance.

I’ll never forget the Day The World Broke, and the three months of hell that followed until the band, some fifty strong, armed to the teeth, came through the city on horseback, ransacking as they went. I sat under the shade of a large tree and on that day, I became a slave. Though I’m reluctant to admit it, slavery is better than the starvation that I faced. I tossed out the butcher knife that I held defensively without being bidden to do so.

An electromagnetic pulse from what people believed to be an unusually intense sun spot that aimed itself directly at Earth. The result fried every circuit on the planet with the exception being a few hardened military installations. With no radios, telephones, electric power, the means to power natural gas to its terminus, no cars, and no modern conveniences, things devolved very quickly. My Yale MBA degree and fancy consulting job became instantly as worthless as high heel shoes, Bombay martinis and a social calendar.

It could have been worse. I could have lived in a big city where I hear they’re eating each other these days. Cannibals are said to develop a taste for human flesh. The band prefers beef, mutton, pork, and venison.

Two years ago now, my company moved me to Reno, Nevada, billed as the biggest little city in America. I thought that I had been banished to Outer Mongolia but as I pointed out, it wasn’t nearly as bad for me as it could have been. However, sitting on the seventeenth story of a twenty story concrete block with only the stairs or a leap from the balcony to get down became untenable by the end of the first week. I managed to keep from being raped on the way down the stairs only because I had a butcher knife and was desperate, since the water stopped working. I was beyond thirsty. Thirst drove me insane and the Truckee River outside, seventeen stories down, mocked my thirst, dragging me to it.

When I buried my face in the cold water that day I had no concerns about ecoli or typhus. I simply needed a drink. It’s strange what you take for granted.

Away from my apartment with substantial danger from climbing back up the stairs, 2,000 miles from my ex-husband, 2,100 miles from my parents and siblings, I learned that I’d been fed a pack of lies all of my life. There were no police, there was no law. Nobody wanted to protect me. Everyone wanted to use me. I couldn’t cook, sew, build a fire from scratch or butcher a hog, so my value has been  limited to what God endowed me with.

Warlords arose. Those weak of mind or body simply fell by the wayside. Rumors circulated of enclaves in Utah and Oklahoma where theocratic institutions provided secure social structures, but if what I heard Jeff speak to his men about was true, they had been hard pressed to maintain secure borders against relentless pressure from the bands who raided. Bands, such as the one I became attached to as chattel, raided where it found weakness and avoided strong points.

Your only value to the band is what you can do. I had the genetic benefit of being pretty and still young enough to turn heads. However, I am not the only concubine in Jeff’s stable of women, simply the favored rape victim at the moment. Every day that I awaken, I am conscious of that fact. Women who fall out of favor are simply traded among the men in the band. Those who don’t measure up there are sold to the farmers or artisans. I’m not beaten. Mistreatment leads to a less attractive piece of property, and the loss of value as trade goods or for trophy value. That, more than anything else, has helped me and those like me eat well and maintain ourselves.


Society devolved into three tiers: Warriors, people with useful skills and everybody else. You didn’t want to be everybody else. Attractive women have held their niche in society. I’ve become a geisha. If the girls in the sorority in Connecticut could only see me now.