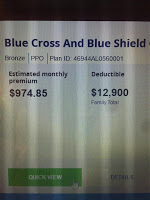 Facebook
Twitter
Pinterest
WhatsApp
Goodbye to the eight miserable Obama years. In 73 days President Trump has promised to undo all of Barack’s executive orders. Yesterday’s election win means a repudiation of the Obama policies and an end to his “legacy”.
Goodbye Hillary. I hope you enjoy your retirement from political life. The same goes for Bill. I suspect that they’re going to seek a home outside of the US, in a country without an extradition treaty.
Goodbye Sanctuary City funding. I suspect that enforcement of US laws will cause some in the nation illegally will cause those people to voluntarily relocate back to their point of origin.
Goodbye to the War on the Weather. President Trump will take a very different approach to the hoax than his predecessor, the feckless Barack did.

Goodbye to ObamaCare. One of the dumbest taxes that Americans have ever had to shoulder. It killed jobs and was dead on its feet before the victory yesterday. Hopefully Congress and President Trump will work together to repeal the tax and to put in place an approach to healthcare that makes better sense.
Goodbye to Energy Restrictions. Drill baby, Drill! America can be totally energy independent and while we in this country will still pay ‘market rate’ for energy, coal won’t be put out of business and we should be able to export – which will help pay down the $21 trillion in national debt that we’ve been saddled with.
Goodbye to Trade Agreements that are detrimental to the United States. China is going to have to come to terms with balancing the trade we have with them. The ships won’t return to China empty anymore… We will enter an era of “fair trade” rather than “free trade”.

Goodbye to Hillary’s promise to allow the right to kill a baby minutes before it’s born, just on a whim.

Goodbye to a Weakened Military. Rebuilding the military, taking care of veterans, etc. is a core interest of the USA.
Goodbye to the specter of Refugees from Muslim nations who pose a potential threat to Americans.
Goodbye to a number of Hollywood Celebs and possibly to mainstream media personalities as well. Here is a representative sample.

Bryan Cranston “Absolutely, I would definitely move. It’s not real to me that that would happen. I hope to God it won’t.”

Cher showed up at the Democrat’s victory party in NY, saw everyone crying and promptly left. She has been promising to leave and it’s time for her to make good on the promise.

Miley Cyrus – “I am moving if he is president. I don’t say things I don’t mean!”

Whoopi Goldberg – “Maybe it’s time for me to move, you know. I can afford to go.”

Al Sharpton has plans for destinations unknown and says he has been “reserving my ticket out of here.” As with Hillary, he needs to find a place that doesn’t have an extradition treaty with the USA.