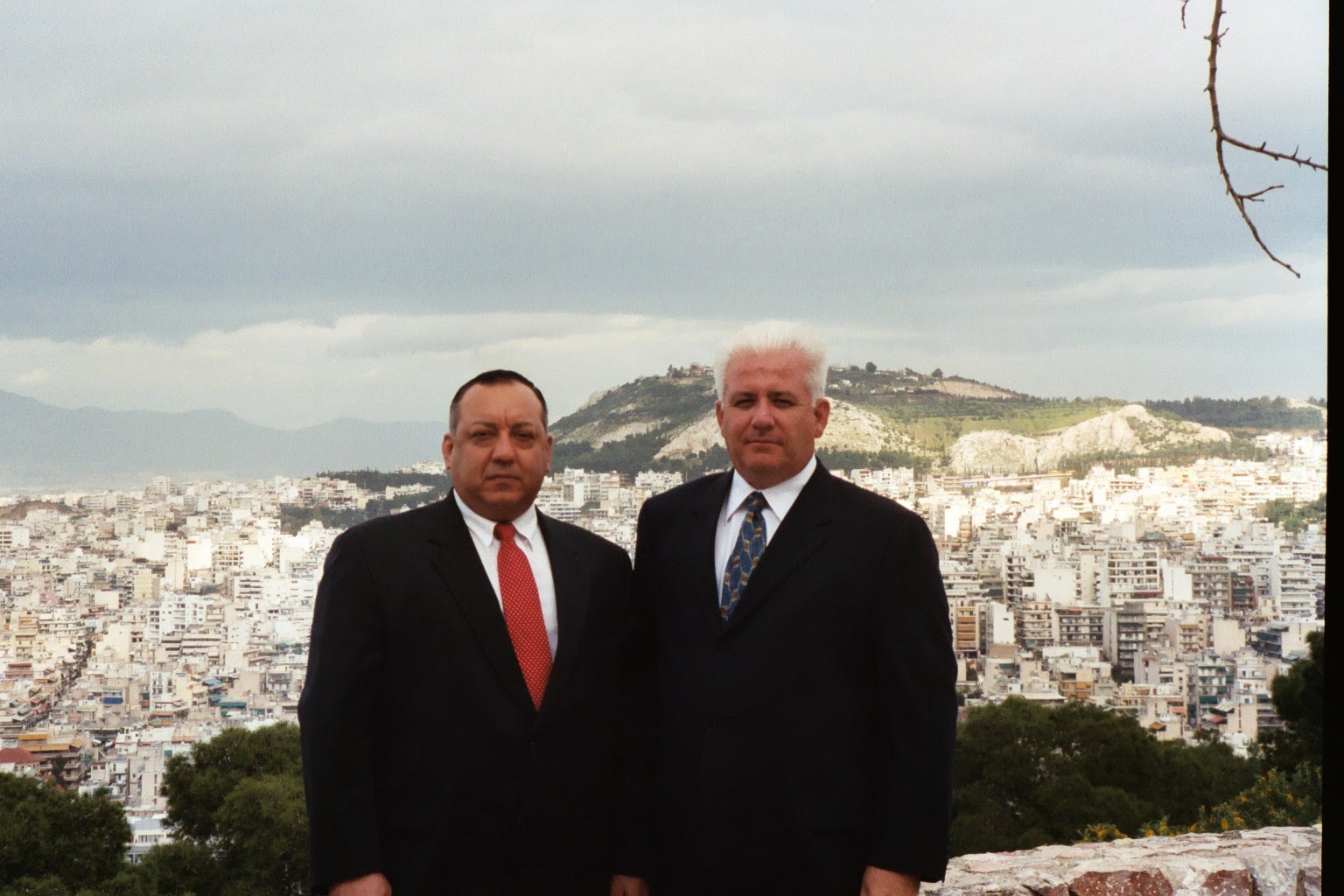 Facebook
Twitter
Pinterest
WhatsApp
I take pick-up work from time to time if the money is right. I met with a friend and took a bit of work that will take me to Greece again. I included the YouTube video below because it’s somewhat representative of the Plaka (old town Athens). When in the greater Athens area I prefer to stay in private residences in  the Piraeus Harbor area or in the old city. The food is better in the Plaka and you walk where you need to go until you need to go outside the old city.
Or sometimes you don’t. When I was there in 2003, I tried to catch a taxi but they were on strike. I asked a guy why and he explained that the prostitute’s union went out on strike and the taxi drivers union went on strike in support of them. It makes sense in Greece. Much of the time that I was in Greece, I was hauled around in an armored Mercedes Benz with an armed escort. It’s never a bad idea. There is a riot almost every day in front of the US Embassy and getting in and out (even through the back way) can be a hassle because the streets are very congested. Taxis just drop you off in the middle of the riot because they don’t want to get involved.
If you ask the people who are rioting and demonstrating why they are doing it, they never have much of an answer. Usually it’s simply because it’s the thing to do. It’s Greece. There are a lot of Albanians in Greece. The Greeks don’t like them. I got along well with the Albanians. I don’t know what that says about me. The Albanian Mafia is far more reasonable than the Athens Mafia and if you need to get things done downtown, you go to the Macedonian Mafia for results. Just saying. You run the turf, you have to know who you can rely on.

Greece in the winter is COLD. Unless you’ve been there, you really can’t relate. Tourists don’t visit in the winter and they don’t understand that Athens can get 6″ of snow and Thessaloniki can get even more. The photo (right) was taken on a clear day overlooking Athens – and as best I recall, it was taken in February.
It’s almost impossible to get proper Greek food outside of Greece unless you have a Greek person from the old country actually doing the cooking. Greek from Brooklyn doesn’t cut it. Even then they have to get the ingredients from Greece or it won’t taste right.
When in Greece, I run with Greeks (or Albanians) or Macedonians if there’s a problem and I need armed back-up) It means that I’m not cheated on the bar tab (most bars are run buy one of the several mafia groups – to include Bulgarians) or anywhere else. It’s also a lot more fun because these folks LIVE TO PARTY. I have never been to a country where the party has an absolute priority over work EVERY SINGLE DAY OF THE WEEK. Naturally, that is reflected in the tepid Greek gross national product.

I have a few things to do before I go to Greece and may be able to stretch the trip for a month until the weather improves. Athens today, high of 55 and a low of 46. That’s about 20 degrees colder than Southern California, and far too cold to go for a swim in the Aegean. Then again, there is ozou, and while it warms the blood, it has the side effect of immobilizing you.

One of my favorite places to visit when in Greece is Mt. Athos (LINK). Women can’t visit the Holy Mountain because it’s made up of ancient monasteries, but it’s an incredibly cool place to go, particularly if you are invited.