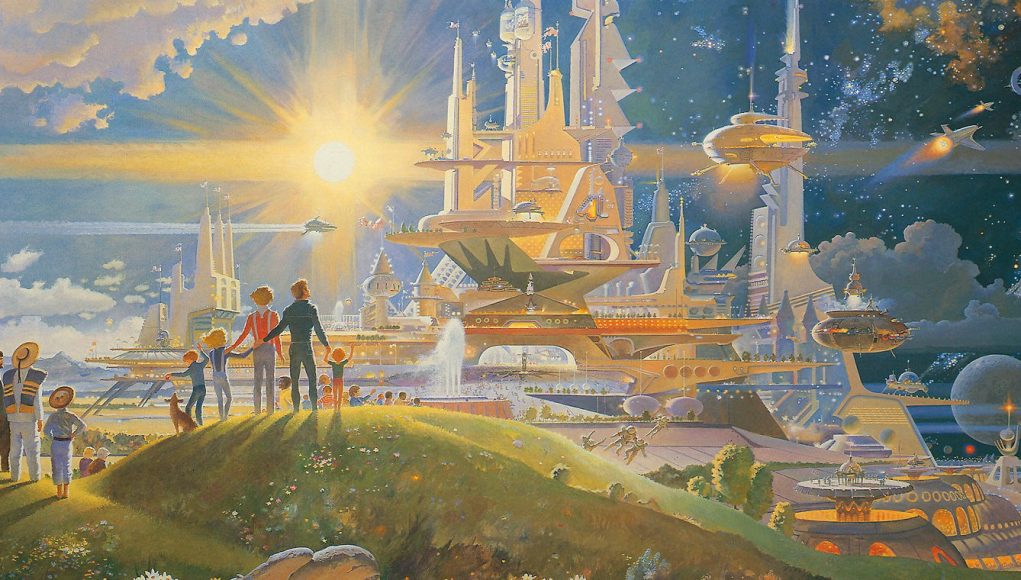 Welcome to the Post-Human Age

John Wright wrote that we live in a posthuman age. By that, he did not mean that men could not extend life and expand consciousness by bionanotechnology, neural shunts or downloading self-identities into the psycho-cyberverse. He meant, nearly a third of us has sold the heritage of mankind, what it means to be human, for a mess of pottage called political correctness. And at its root, you will always find that the PC culture has at its core, a hatred of Jesus Christ.

The posthumans renounce the gift of reason, and think themselves superhuman, beyond good and evil. Neither the law of cause and effect nor the law of supply and demand has any bearing on their talking points and chanted slogans.

At root, mortal men may chose between only three philosophies of life: Reason, Passion, and Appetite.

These three philosophies apply to three ways of life: Living by the truth and the spirit, which is Christianity, living by duty and discipline, which is Stoicism, and living by the appetites of belly and groin, which is Hedonism.

By passion here, I do not mean strong emotion. I mean that habit of devotion to some beloved family, clan, city, or nation which demands and promotes a craving for honor, sacrifice, and noble deeds. By passion I mean spiritedness. It differs from reason because it does not rest on calculation or abstraction.

It differs from appetite by being noble and selfless rather than base and selfish. Hence, a man who lives by passion is rarely an emotional man, but, rather, is disciplined, and conforms his appetites to the bounds of nature, and habituates his drive and force to the needs of duty.

One would never mistake a man of duty for a man of reason. Men of duty are stubborn as old oak stumps. For him, the matter is not open to discussion. Orders are orders. Men of reason are patient as saints, and will discuss any matter until exhaustion.

Socrates was able to deduce all the elements of monotheism, and drank hemlock rather than violate the iron demands of what that deduction implied.

Paganism combines morality and ritual, philosophy and poetry, only in Buddhism, which, in effect, is a quietist type of Stoicism. The eightfold path is a life of discipline: rightness in belief, motive, speech, action, livelihood, effort, mindfulness, and spirit, but worldly honor and shame are no part of it.

Having rejected Christianity, and being unsuited to discipline and ignorant even of the concept of duty, no form of Stoicism is available to the posthumans. One or two of them toy with Buddhism, but that is more to tweak the noses of Christians, than any real devotion to the concept of serenity through renunciation.

The pre-posthumans, back before political correctness was called by that name, lived by and promoted hedonism.

This had its roots a generation or two ago. Hedonism is why Marilyn Monroe, the glamor girls of Hollywood in those days, the swinging chicks of the 1960s have both an innocence and a sexual allure.

But hedonism runs out. The innocence is lost. Normal sexual appetites either lure a man into the dignity and manhood of marriage and fatherhood, or sag and turn into ennui. When frustrated by ennui, the appetite turns to perversion, hoping the shock value and visceral disgust will stimulate jaded nerves. 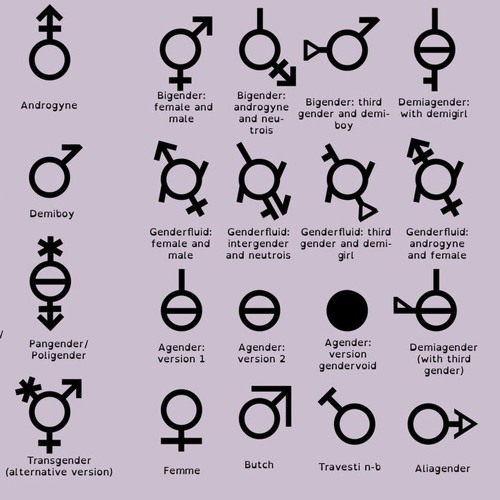 When it runs out. Homosexuality is no longer shocking nor interesting. The neurotic victims of gender dysphoria are now the object of attention and adoration, and the latest fashion is to castrate young boys and dressed them up as girls, or sterilize young girls and rear them to be butch. I frankly thought that publicizing and normalizing pederasty would be next, and this perversion took me by surprise, because the numbers of sufferers is so microscopic. I was also sure polygamy would be legalized by now.  Fluidity and impermanence is precisely part of the appeal of the polyamorous lifestyle, and the idea of publicly formalizing it and locking in economic responsibilities based on it was never as much of a draw as an outsider might expect. And in the West, those men wealthy enough to afford multiple spouses are usually wealthy enough not to need to marry their women to keep them.

The Left promoted hedonism until it ran out of any pleasures to give, and championed socialism until it went broke, and preached skepticism until all men grew skeptical of it. The freethinkers entered the thought prison of political correctness, and threw the keys away, and called a halt to all thought. 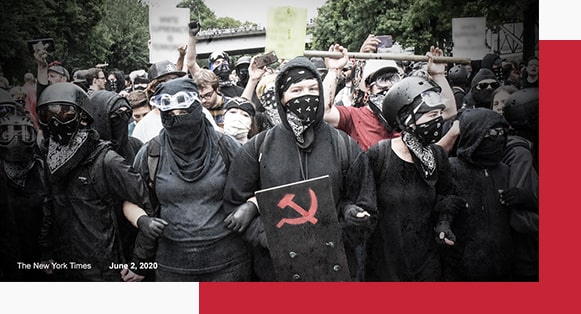 So the Left are basically left with nothing. That nothing is called Nihilism. Think of Antifa. They are its poster children. Producing nothing, they live to destroy.

The sight of anarchists and totalitarians intermingled with plutocrat socialists and secular Islamonazis is a freakish sight, but it shows that none of them stand for anything nor believe in anything, except one: hatred of Christ.

Christ is truth. So they hate truth. Truth is beauty, So they hate beauty. A man cannot hate truth and beauty without hating virtue, so they hate prudence, fortitude, justice, and temperance. Granting their wish, nature makes them foolish and craven hypocrites and addicts.

Faith is the Fundamental Substance of Reality

(re-posted from QL42) Something we do without realizing it is to interpret the scriptures and our faith through the lens of our cultural background. In our culture we are strongly influenced by Protestant theology. I sometimes joke that in the US everyone is a Protestant, even the Catholics. What I mean by that is we have been so thoroughly immersed in Protestant ways of thinking that we don’t even realize we are doing it.

One of the places this shows up is how we talk about faith and knowledge. Because of our culture we are making implicit assumptions about what faith is and what it means to know something. Given those fundamental assumptions it is natural for someone to come to the conclusions, or ask the questions that you did.

Let me give an example of how we can unconsciously make an assumption that can lead to a paradox.

There is something called the “heap paradox”. Suppose you have a heap of sand. In this particular heap there are 15,000,000 grains of sand. If you take a single grain of sand from the heap so that you now only have 14,999,999 grains, is it still a heap?

Any rational person would look at the sand sitting in a pile and say, “Yes. That is a heap of sand.”

The inability to determine that is the “heap paradox”, and it cannot be resolved.

But there was a problem with our mental exercise. We made a mistake and we didn’t even realize it. And that mistake created the paradox.

So, in the heap paradox we subtly shifted the definition of “heap” to include an exact value. Without realizing it we created the paradox.

A similar thing has happened in our culture with words like “faith” and “know”. Over hundreds of years our understanding has drifted so that, while similar, we are missing something that was present in the original definition of the word we translate as “faith”, and what it means to “know” something.

When Hebrews 11:1 is translated into English, because of hundreds of years of Protestant theology, we run into a paradox. In the original Greek the verse is,

This can correctly be translated as,

But there are other ways of translating this. For example,

Now faith is confidence in what we hope for and assurance about what we do not see. (New International Version)

Faith shows the reality of what we hope for; it is the evidence of things we cannot see. (New Living Translation)

Now faith is the reality of what is hoped for, the proof of what is not seen. (Christian Standard Bible)

In the KJV the word that is translated as substance is “ὑπόστασις” (hypostasis). In Greek the word hypostasis literally means “to stand (-stasis) under (hypo-)”. It means it is the thing that supports or is the source of everything. In philosophy hypostasis is the fundamental substance of reality. It is the thing that makes up everything.But it can also mean to possess a claim, or to have title (or a deed) to a guaranteed agreement. It entitles someone to what is guaranteed under the particular agreement. (We still use this idea in modern English. If someone has a legal claim that can be heard in court, we say they “have standing”. They have standing under the law to claim something such as property, or redress of wrongs.)So another way of (very loosely) translating Hebrews 11:1 could be,

Our faithfulness gives us standing to actively wait for the proof of things that we cannot see.

Or it could be translated (again very loosely) as,

Our faith is the fundamental substance of reality that we trust gives proof of the things we cannot see [such as God].

So, how does that change the way we talk about faith and what it means “to have faith”? That is the question.