The Future of American Involvement in the UN 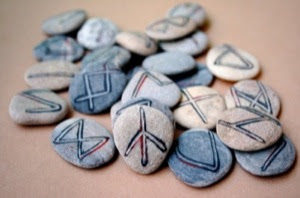 Facebook
Twitter
Pinterest
WhatsApp
Editorial Note: Before I go forward on the issue of the future of American involvement in the United Nations, I would like to welcome our readers from France. Google stats show that on any given day we receive roughly equal viewing from Russia and the US and only slightly less from France. Please feel free to comment and join the discussion. In the coming year, there will be more international discussions of issues in Africa that are of special interest to French foreign policy.

Reading tea leaves is not my speciality and neither is casting runes. The future has a way of surprising us all. From the caption (above) you will be able to divine that I am only presenting a view of one possible scenario.
The UN is many things to many people. It provides justification when the public needs a sop and it’s something to be ignored (as with China and it’s domination of the South China Sea) when you want to. When we’re discussing Ukraine or Crimea, Russia too ignores what is inconvenient to face in the way of UN resolutions. That is because the United Nations is a paper tiger that the US has been feeding with no significant results, for a very long time. President Trump has signaled on several occasions that dumping money into that institution has been a waste of effort by the US, and that our commitment needs to be revisited.

Donald Trump repeatedly received resounding rounds of applause during his AIPAC speech – a feat many Repubican establishment types said would not happen. The front runner said any United Nations deal to force an agreement between Israel and the Palestinians should be blocked because it further de-legitimatizes Israel, the Hill reports.

“The Palestinians want a state, but they have to give peace in return. What they’re trying to do in the United Nations is to get a state without giving Israel peace,” Trump concluded.

The U.N. General Assembly has a regular operating budget of $5.4 billion for the 2016-17 period. (That budget is calculated biannually.) Of the $2.7 billion earmarked for 2016, the U.S. will account for 22 percent, or $594 million.
Of the separate peacekeeping budget – $8.27 billion for the year ending June 30 – the U.S. is liable for 28.5783 percent, or $2.363 billion. Combined, the two U.S. contributions amount to just under $3 billion.
In actual fact the full extent of U.S. funding for the U.N. system will be considerably more than that: The $2.957 billion figure comprises the U.S. “assessed contributions” to the two main budgets, but the U.S. in addition provides much more in “voluntary contributions” to a range of U.N. agencies.

The last time the administration was obliged by law to provide Congress with a full breakdown, the total for fiscal year 2010 was $7.69 billion. The reporting requirement fell away in 2011.

Expect that the Trump Administration will want the full breakdown by line-item and will likely reduce the total amount of our contribution to be pared back to the basic $594 million in dues, a savings to the US taxpayer of $7 billion per year that presently goes down a rat hole.

From a Trump point of view, $7 billion applied to any one of a number of challenging issues on the domestic agenda would make life at home in the US better.
I agree with this (anticipated) move by the Trump Administration. I’d also suggest that we move the entire UN to Brussels and turn the New York Rockefeller building to private use. I don’t know if the Trump Administration would do that in a first term — but maybe in a second?