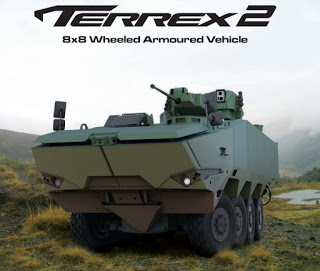 On Tuesday, 20 December, China returned the US Navy the underwater drone that it captured on 15 December in the South China Sea off the coast of Luzon.

According to a statement by the Ministry of National Defense, the unmanned underwater vehicle (UUV) was returned in a smooth hand-off at noon, following amicable discussions on the matter. The handover occurred in international waters some 90 kilometers northwest of the Philippines’ Subic Bay, near the area in the South China Sea where the drone was captured last Thursday.
A Chinese military commentator on TV said that, although China returned the drone, “the Chinese side had made clear that any close-in reconnaissance or military surveys in waters that China claimed would again be stopped.”

The quick return of the drone signifies that the Chinese leadership judges that they have conveyed the proper message to the US and that they consider the incident closed.

The US version of the transfer was less upbeat than the Chinese Ministry’s statement.
The most destabilizing aspect of this incident is that the Chinese seized the drone outside their own sea claims and only 50 nautical miles off the coast of the Philippines. Technically, the drone was in international waters within the Philippine exclusive economic zone.
The Chinese justified their seizure of the drone by claiming they removed a threat to navigational safety. Arguably, they committed an act of piracy. The real message is they will seize US assets if they are used to spy on sensitive Chinese facilities. China has injected a new dimensional of unpredictability in routine peacetime military activities in the South China Sea.
Those facts reinforce our judgment that the seizure was a deliberate act to make a statement about Chinese operating areas and capabilities. Open sources have not reported the level of government or who in the Chinese navy chain of command authorized the seizure.

The US does not consider the incident closed and there will be repercussions at a time of America’s choosing. The US will use methods and sources to assert not only freedom of navigation but to one-up the Chinese. This may not happen soon, but it will surely happen – likely after January 20, during the Trump Administration. China will be outraged but it only has itself to blame.

Singapore
The South China Morning Post (SCMP) published an analytical comparison of China’s handling of the drone incident with the US and its handling of a somewhat similar maritime dispute with Singapore. (see CNN report)

Chinese authorities have held nine Singaporean Army Terrex wheeled armored personnel carriers in custody in Hong Kong since late November. The vehicles were being returned to Singapore after completion of training on Taiwan under a military cooperation agreement between Singapore and Taiwan. Chinese authorities said they seized the vehicles because of irregularities with their papers.
The SCMP reported that the Chinese seized the vehicles and have held them because Singapore has not provided assurances that it respects the “One China” principle. The paper reported no progress in securing the release of the troop carriers.
Singapore has had training arrangements with Taiwan, Brunei, the US, Australia and other British Commonwealth countries. It regularly ships Singaporean military equipment to the training sites because of Singapore’s lack of large training ranges and facilities.
A standoff such as this occurred in 2010, but involved a South Korean armored vehicle. It lasted 51 days, according to SCMP. The Chinese are serious about preventing actions that imply that Taiwan is not part of China.
Syrian Civil War
Iran-Turkey-Russia: Russian Foreign Minister Lavrov said at a joint news conference in Moscow on 20 December that Russia, Iran and Turkey will help reach a peace agreement between Syrian president Bashar Asad and the opposition. The three foreign ministers professed support for relevant UN Security Council resolutions and promised to work with the US-led coalition to secure the peace.
For now, the next steps in settling the Syrian civil war are in the hands of three unlikely partners. Their national interests are divergent, bordering on antithetical. Nevertheless, they possess in common a strong interest in defeating the Islamic State and in ending the Syrian civil war.
They might not succeed any more than the Western powers, who led the crisis diplomacy just two years ago, before the arrival of the Russians. The rebel groups remain as fractious as ever, as exemplified by their lack of agreement on leaving Aleppo. In addition, Syrian President Asad is as sensitive as ever to real or perceived slights to Syrian sovereignty. The obstacles do not detract from the deft Russian political and diplomatic maneuvering, which has sidelined the US-led alliance and the Arab states for now. There are few recent precedents for such a near complete reversal of political leadership in the middle of a hot crisis.
ISIS

Following the loss of Aleppo, Syria, ISIS struck in Germany, Turkey and Jordan, demonstrating that they are retaliatory attacks to show that the Islamic State remains an international threat that does not require territory to advance its cause.

The corrupt elite news media did not recover the incident in Jordan. On 20 December gunmen killed four Jordanian policemen in a shootout in Karak. This is the second deadly clash with terrorists in Karak in three days. On Sunday, 18 December, 10 people were killed in an attack, including seven policemen. Authorities said 34 people were wounded.
The Islamic State claimed responsibility for the attack on the 18th, saying it was carried out by four “soldiers of the caliphate” who used machine-guns and hand grenades. The statement said the jihadist assault targeted Jordanian “apostate” security forces and citizens of the US-led coalition battling the jihadists in Syria and Iraq. It also pledged to carry out further assaults on ountries within the US-led coalition.
Germany

The national policy of accepting military age male refugees and putting them on state welfare and accepting their (traditional Muslim) bad behavior will become the dominant theme in German politics in 2017. The truck attack on the Christmas market has outraged national sentiment even further. Prime Minister Merkle is likely to remain in power in Berlin, but national outrage will strain her position.

I don’t intend to suggest a course of action for Germany. They should be smart enough to know that allowing savages to settle in their nation is a bad idea. Charles Martel dealt with it at the Battle of Tours in 782, and the German people would do well to review history in terms of CAUSE and EFFECT.