From There to Here 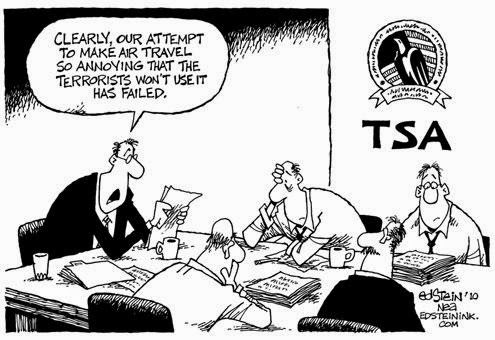 Facebook
Twitter
Pinterest
WhatsApp
One of my points of embarkation for the present travel was the Los Angeles International Airport. When I arrived at LAX things went wrong – wheels off the trolly. Flights had changed without me being notified (even though I did leave my phone number with the airline so that they could notify me of any potential changes) and my seating assignment had changed, which is never a good sign. I was possibly just a bit surly with the airline staff at the counter.

I know what you’re saying right now, LL – surly with people who are screwing with him? It would never happen!

Then I went to the gate and encountered TSA. My sense is that by that time, I looked as if I was at high port. They selected me to be ‘personally searched’ after I passed through the scanner and was cleared. I looked at the TSA person and said – stridently, “Really? I really look like a fucking Muslim to you?”

And something happened that never happens. The TSA three striper (supervisor) said, “best leave this gentleman alone.” (to me) “Go ahead you’re fine.”
The one who wanted to search me said, “But…” to his supervisor, and the supervisor said, “Just let this one alone.”
Common sense from TSA? Who would have thought it possible?