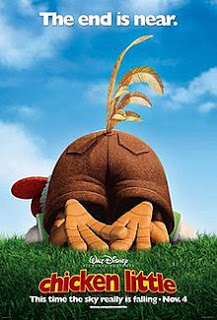 Facebook
Twitter
Pinterest
WhatsApp
I’ve heard it all of my life. Almost all of it comes from the progressives.
Global Warming – The Polar Caps will melt, and the nations of the world will be flooded with only a few mountain tops remaining. However, if you pay the tax, they won’t and the planet will be spared from the apocalypse.
Abortion Rights Activists – If (insert Republican name here) is elected, you won’t be able to kill your own children if you feel that it’s convenient. No, we as a nation have insured that not all people are people. It doesn’t matter who is in office.

Fuel Prices –  The Middle East will starve us out and we’ll be paying $10/gallon by 2000. Now that we know we have more proven domestic reserves of oil than the Saudis do, some of that hysteria still continues.
The Children –  When illegal aliens cross the US/Mexico Border illegally with their children and are arrested, the children are housed separately from adults. Every single arrest of an adult who has children at home results in having them separated from their children. I realize that the progressives feel that illegal aliens should have special rights, but this is all nonsense.
President Trump’s Election – The anguish over Hillary’s loss remains. Polls show that she’s #2 behind Joe (Slow Joe) Biden in the hearts of Democrats in terms of who should run against President Trump. Bernie is #3. President Trump struck fear into everyone’s heart because he was his own man, and he’s governing like a Tea Party Conservative. ISIS has been defeated; China is concerned about a trade war that will trash their economy; After repudiating the Iran Nuclear Deal, Iran wants to find a way out of the mess that they’re in and is looking for leadership from the USA; We may have a nuke-free Norkland in the future; The economy is booming.

Black Lives Matter – The demand for police body cams suddenly ceased when prominent black leaders made comments about police brutality only to be IMPEACHED by the footage from body cams. Now many black activists are calling for an end to police body cams because they’re racist. You can’t have it both ways.

Maryland Newspaper Shooting – A reporter at a Massachusetts-based newspaper resigned Friday after falsely claiming in a tweet Thursday that the man who killed five employees at the Capital Gazzete newspaper left a “Make America Great Again” hat at the crime scene. “Shooter who killed 4 people at Annapolis newspaper dropped his #MAGA hat on newsroom floor before opening fire,” Conor Berry, a reporter at The Republican in Springfield, Mass., wrote in a now-deleted tweet. I’m sure that he’ll get a six figure salary from CNN or MSNBC and will find new joy in writing fake news for them.