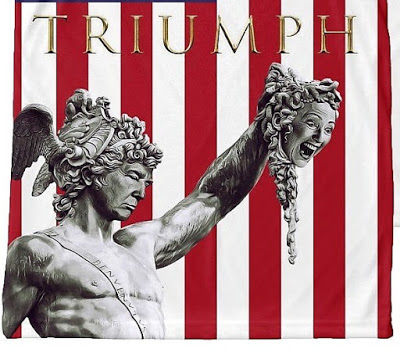 Facebook
Twitter
Pinterest
WhatsApp
I found it curious that something on the order of 35% of Democrats want to see Hillary Clinton run for president again. I don’t have any particular trust in polls, but the question remains – will old Slow Joe Biden run for President with Hillary as his vice presidential pick? Yes, he’d die in office soon after ascending to the presidency. After her losses first to Barack Obama and then to Donald J. Trump, the only chance she has is through the back door.
Celebrating Independence is clearly on my mind this coming week as I prepare to go on the road again to make money to support myself and to be able to afford health insurance and a crust of bread. Business is good, thanks to the Trump Administration. I know that the workers at the White Wolf Mine feel that happy days are here again. I might get caught up in the celebration and give everyone a bonus…but no, I’m unlikely to get carried away.

Who is not amused that Maxine (Mad Max) Waters (D-CA), queen of the ghetto, is now the voice of the Democrat Party? It’s a gift to the Republicans and it’s one that we all hope will continue through the mid-terms.

I don’t know whether Mad Maxine is more of a harpy than Hillary Clinton or not. It might be a photo finish. Maxine hates all white people. All of them. And it might be because she’s a space alien. If you’ve seen her open her mouth wide – she can eat a chicken (or a carp) whole. It would be interesting if LSP could catch a record carp there in Texas Hill Country and offer it to Maxine so we could watch it happen. “If you eat the carp whole, Maxine, we will vote for you.” (the check is in the mail – I’ll call you in the morning)