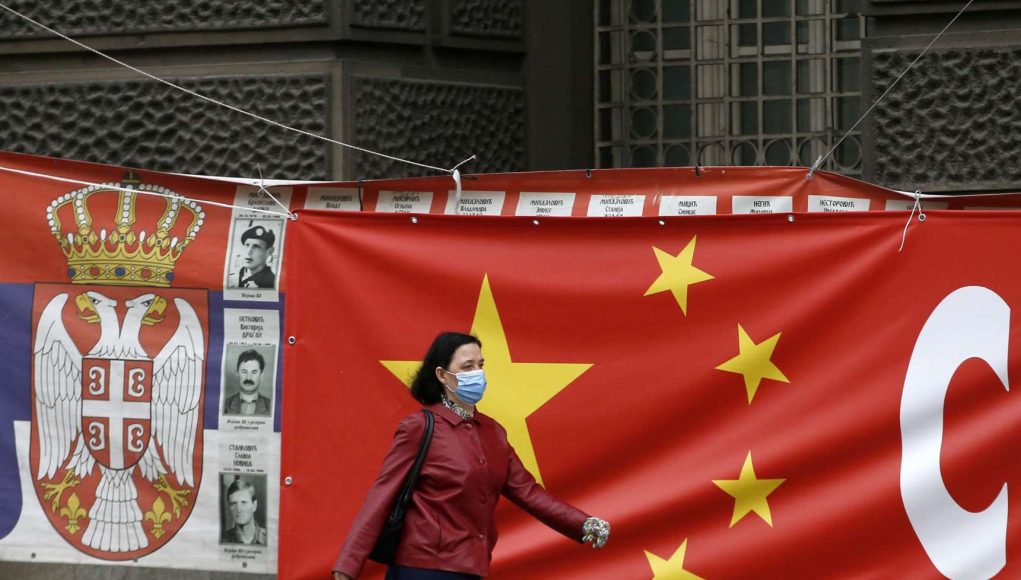 {RE: the captioned photo above, In this April 13, 2020, photo, a woman wearing a face mask walks by a Chinese flag placed on a street prior a curfew set up to limit the spread of the new coronavirus in Belgrade, Serbia. While China struggles elsewhere to polish its image tarnished by its initial handling of the coronavirus outbreak, Beijing has no problem maintaining its hard-won influence in Eastern Europe, where it battles for clout with the EU as well as with Russia in countries like Serbia. (AP Photo/Darko Vojinovic)}

BELGRADE, Serbia (AP) — When China’s first shipment of coronavirus medical aid landed in Belgrade, the president of Serbia was there to kiss the Chinese flag. In Hungary, officials have played down assistance from the European Union and praised Beijing’s help. In the Czech Republic, its president says that only China was there during the virus spread.

Make no mistake, China is not going gentle into that good night on the heals of their release of a plague on the world, and their propaganda machine speaks with one loud voice. They come bearing free cheese for those that they would court and woo on the international stage and who doesn’t like free cheese? It’s being called “mask diplomacy”,  a mix of soft power policy, political messaging and aid shipments — to portray Beijing as a generous and efficient ally. Pay no attention to the fact that THEY caused the problem in the first place.

China for years has been increasing its political and economic influence in southeastern Europe through its Belt and Road global investment projects. Its image-polishing after the outbreak found fertile ground in places like Serbia and Hungary, whose populist leaders nurture closer ties with Beijing or Moscow.

In Serbia, a candidate for EU membership, officials and state-controlled media have played down the millions of euros in grants and loans from Brussels while praising Chinese deliveries, donations and sales of supplies.

Opposition groups have demanded the Chinese aid be disclosed and stacked up against the EU’s apparently much larger assistance, but those calls have been ignored.