The End of MEDEA 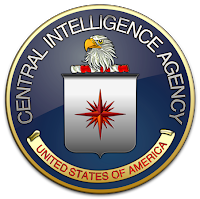 The Central Intelligence Agency is shutting down MEDEA, a research program that offered classified data to scientists to examine the link between climate change and global security threats. The sense at CIA is that global warming in the context that many in the administration choose to frame it – is “less than completely valid.”
Ryan Whaylen, CIA spokesperson, confirmed that the agency had ended its MEDEA program, a 1990s-era intelligence program restarted in 2010 under President Obama. The collaboration gave scientists access to intelligence assets like satellite data to study climate change and inform on how its impacts could inflame conflicts. Coincidentally, DCI Brennan said today that the CIA Director’s job should have a fixed term like the FBI Director, who serves for ten years. Brennan doesn’t feel that the job should be one of political patronage. I wonder if he’s feeling some heat?
The announcement comes just days after President Obama said climate change was a “serious threat to global security” in a commencement address to the US Coast Guard Academy. Climate change, Obama said, “will impact how our military defends our country. So we need to act, and we need to act now.” [Read more: Plautz/NationalJournal/21May2015]
I don’t think that anyone is opposed to fighting human-caused pollution, and outside of Brazil, stopping the destruction of Brazilian rainforests is a popular and heartfelt cause. The onion has many layers and in the case of the weather, there is no data that indicates that the change in weather in the past 100 years is ‘abnormal’. Consider that we drill for oil in the Arctic. AND Oil is produced by long-dead swamps and forests…it might have been warm there once. They are still finding mastodon carcasses in permafrost that is melting, which indicates to some that it may have been warmer in the Arctic, long before man’s arrival. And then there was the Ice Age (not influenced by man) and the Global warming that ended the Ice Age (not influenced by man).
Finding a cause-and-effect nexus honestly means that researchers have to remove their political bias from their take on results. And whenever the government is pushing for a TAX to end climate change, you have to take it as the scam that it is.  It’s right up there with Secretary of State blaming the Benghazi Massacre on an internet video that none of the terrorists ever saw or heard of…