The Edge of Tomorrow (Movie Review) 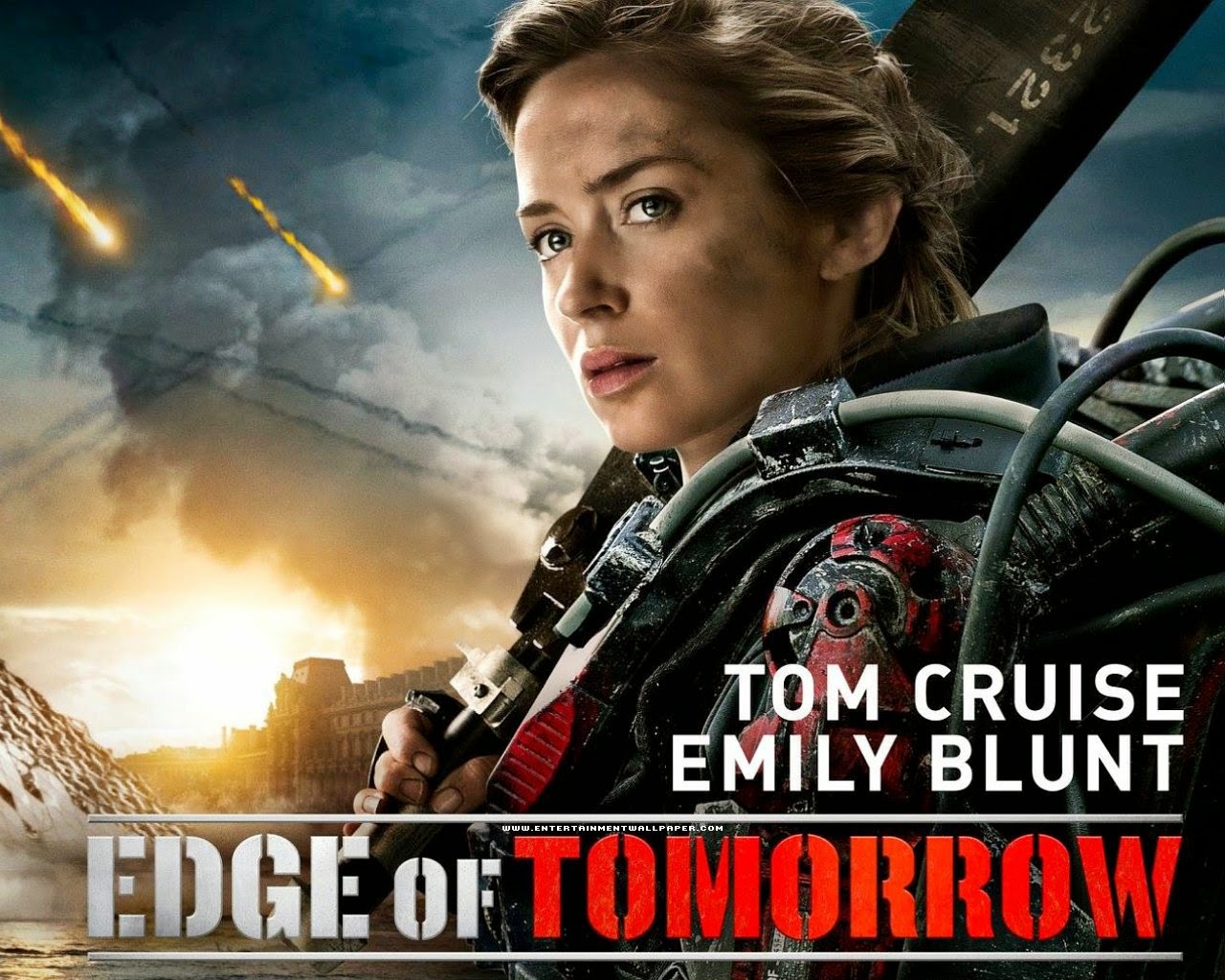 Tom Cruise heads the list of stars, but Emily Blunt as a warrior is simply hot. Yes, I have a thing for confident, intelligent warrior women in reality and in the movies.  In that she’s not unlike Sigourney Weaver’s character, “Ellen Ripley” in the feature film, Aliens. The difference would be that Ellen Ripley is sort of there with the Space Marines in Aliens, and Emilie Blunt plays Special Forces legend Rita Vrataski, aka the Full Metal Bitch. To quote another reviewer, “She infuses a fierce intelligence and a no-nonsense personality with just a touch of crazy — and even a little bit of heart, which Cage (Tom Cruise) uncovers only after spending the same day with her about a hundred times.”
The screeching, spidery creatures known as Mimics are storming through every continent and the military is having a seriously difficult time stopping them. At one point Tom Cruise loses his mojo –and you have to ask yourself, can Tom Cruise and Emilie Blunt stop them? Well, we’re having this virtual conversation so I would say that they have been successful.
Given that it’s a sci-fi film, it delivers what one expects – and then some.
I give it an 8 out of a possible 10.