The Decline of the British Royal Army

The current call is to reduce the number of Challenger 2 Main Battle Tanks to between 170 and 150 (active and in storage). That doesn’t sound like very many tanks for an Army. They need to be upgraded if they’re to remain in service until 2035, and the British are reluctant to spend too much money to do that. Thus the reduction in numbers.

Turkey, by comparison, has 1,000 front line tanks (Leopard MBT’s) and is beginning to produce its new home grown Altay MBT.

In an article (h/t Claudio) linked here, Britain’s armored fighting vehicle capabilities have been labelled as “deplorable” in a report released by the parliamentary Defense Committee on March 14.

Actually, “deplorable” was one of the kinder terms used by the committee to describe the Army’s reasons for letting its armored vehicle fleet atrophy over the last two decades.

“The recent history of the British Army’s armoured fighting vehicle capability is deplorable,” the committee wrote. “This report reveals a woeful story of bureaucratic procrastination, military indecision, financial mismanagement and general ineptitude, which have continually bedevilled attempts to properly re-equip the British Army over the last two decades.”

The use of the word “deplorable” in the USA is usually reserved for American politicians describing white people in ‘fly-over country’, but applying such a word to the British Army’s capability should be alarming to citizens of the UK.

The Decline in the Lebanese Pound (currency) 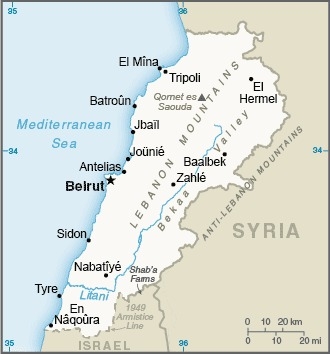 Violent protests erupted across Lebanon after the country’s currency plummeted to a new record low, amid an economic crisis that poses the biggest threat to its stability since the 1975-1990 civil war.

The Lebanese pound has lost roughly 85 percent of its value in recent months and slid to a record new low on Saturday, falling to 12,500 pounds to the US dollar on the black market, though the official rate remains at roughly 1,500 pounds to the dollar.

In response, there was a protest near the parliament in Beirut, during which protesters briefly stormed a reinforced gate leading into the compound, only to be repelled by riot police firing tear gas canisters. It’s difficult when a bushel basket of currency won’t buy a bushel basket of bread. Ask the Venezuelans. It often leads to regime change, or to the government deploying troops and shooting hungry people.

America, run by a man in severe mental decline and a whore, is poised to face similar problems if national policies continue. Comparing Lebanon to the USA is an apples and oranges matter, but the snake can’t keep eating its tail forever without these problems being made manifest. 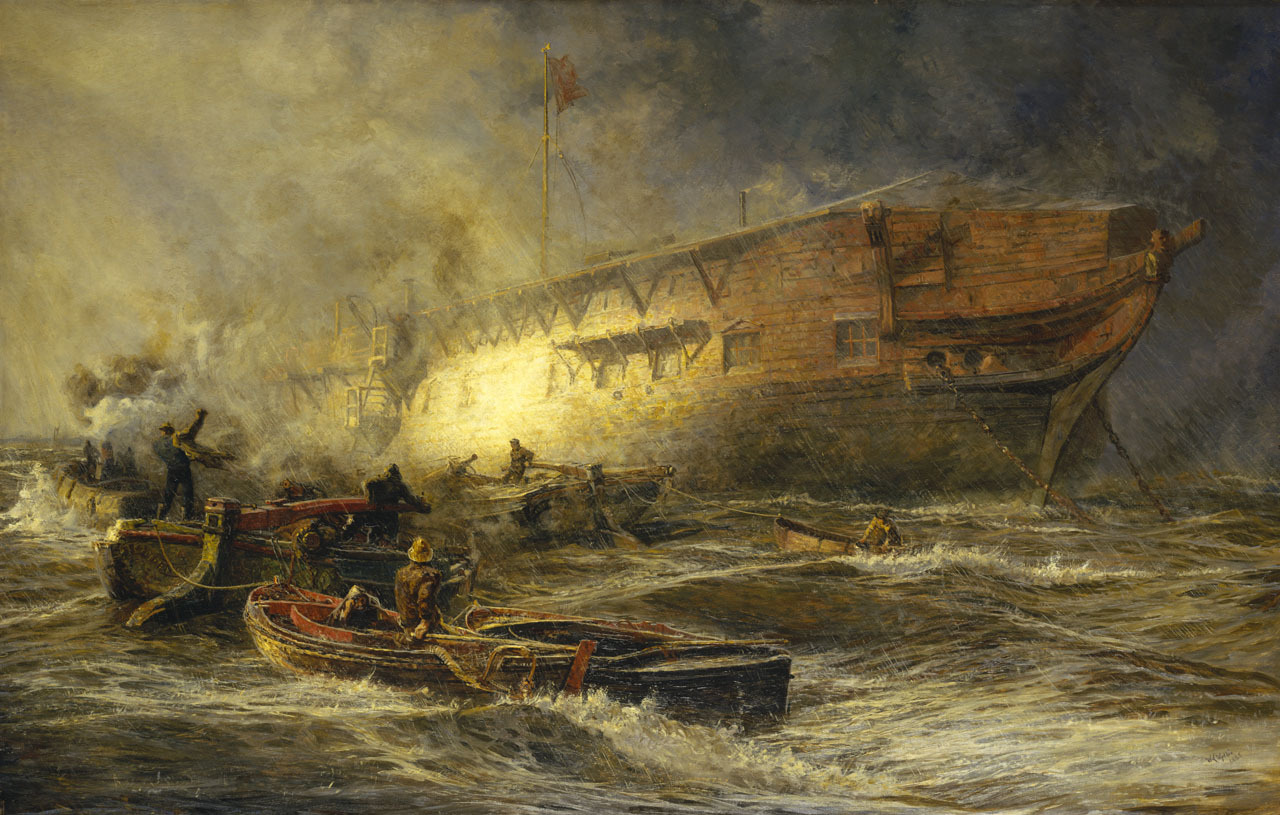 Painting – Storm and Sunshine: A Battle with the Elements, by W.L. Wyllie 1885

It’s an uninteresting picture, only showing a hulk and some fishermen in front of it. But this is not a normal Hulk. This was once HMS Leonidas a 36-gun frigate, launched in 1807. By 1872 had ceased active service to become a powder hulk storing gun cotton. You can tell it’s a powder hulk by the red flag. And these Hulks were always placed far out on a body of water, so if there was an explosion it would only destroy the Hulk and her guards, possibly nearby fishermen, but not anyone else.

Entropy – sic transit gloria mundi – it comes to us all. It comes to Great Britain with the sore decline of its army and navy. The British threw in with America under President Trump. But they’re mostly white and under Jo/Ho they will be repudiated, I fear. 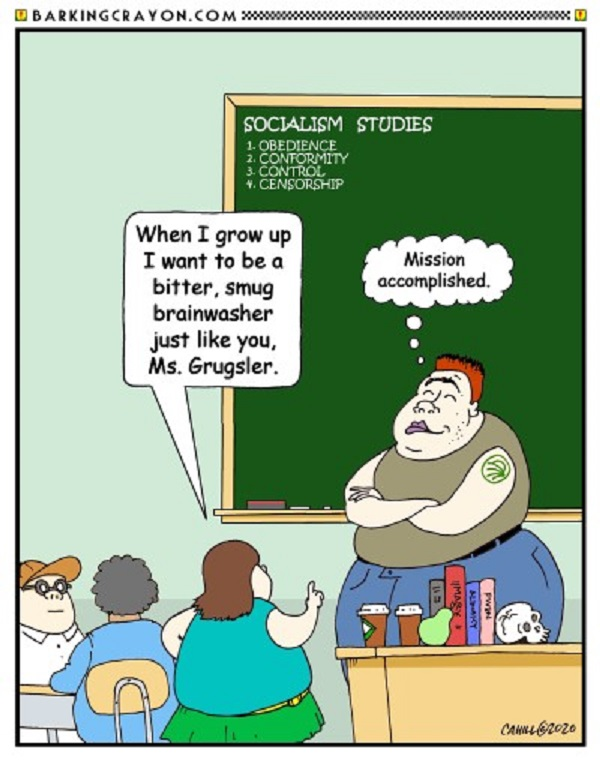 “In my study of communist societies, I came to the conclusion that the purpose of communist propaganda was not to persuade or convince, not to inform, but to humiliate; and therefore, the less it corresponded to reality the better. When people are forced to remain silent when they are being told the most obvious lies, or even worse, when they are forced to repeat the lies themselves, they lose once and for all their sense of probity. To assent to obvious lies is . . . in some small way to become evil oneself. One’s standing to resist anything is thus eroded, and even destroyed. A society of emasculated liars is easy to control. I think if you examine political correctness, it has the same effect and is intended to.” 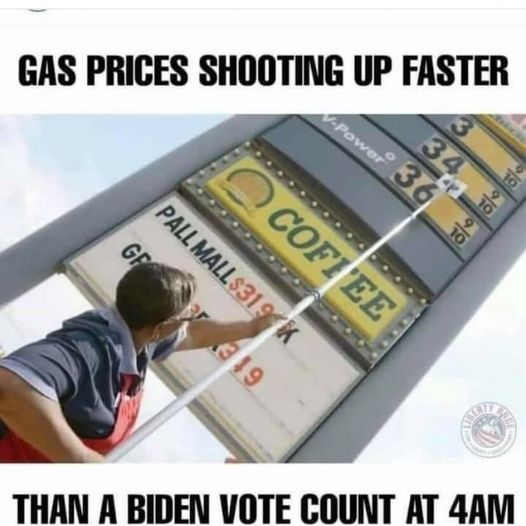 A Sodomite no More?

March 9, 2021 (LifeSiteNews) — Milo Yiannopoulos, the gay man whose conservative messaging and willingness to speak the truth sparked riots on university campuses may well trigger more outrage now that he describes himself as “Ex-Gay” and “sodomy free,” and is leading a daily consecration to St. Joseph online.