Life at the White Wolf Mine, atop Arizona’s Mogollon Rim is slow, gentle, and is separated from the strife that city dwellers seem to face. I realize that many readers have carved out their own spot in the world where they can be at peace.

As the hare-brained schemes of politicians are played out, I sit back and wonder where the insanity will stop, or whether they will find joy in a nation that pushes back stridently at some point? Democrats still refer to “men and women” even though their leader, as a matter of executive order, has made America genderless. Riddle me that one.

If you’re interested in some light reading this weekend, may I recommend the article cited:

Digital Trails: How The FBI Is Identifying, Tracking, & Rounding-Up Dissidents

Chances are, as the Washington Post reports, you have already been assigned a color-coded threat score—green, yellow or red—so police are forewarned about your potential inclination to be a troublemaker depending on whether you’ve had a career in the military, posted a comment perceived as threatening on Facebook, suffer from a particular medical condition, or know someone who knows someone who might have committed a crime.

In other words, you might already be flagged as potentially anti-government in a government database somewhere—Main Core, for example—that identifies and tracks individuals who aren’t inclined to march in lockstep to the police state’s dictates.

Free speech? Bill of Rights? Mention THAT and you’ll be fighting WSF for that bunk next to the stove in the camp. 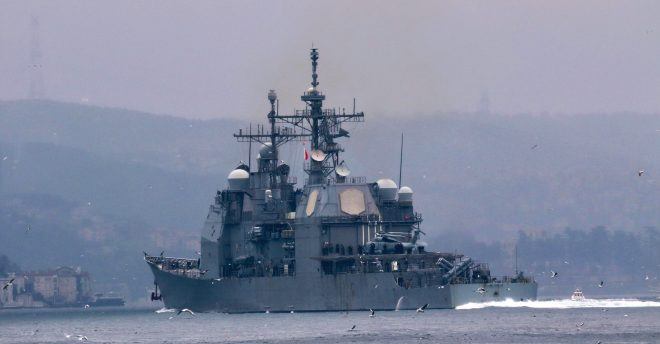 Monterey entered the Black Sea after drilling with the Israeli Navy this week in the Mediterranean Sea. The cruiser patrolled with two Israeli Sa’ar 4.5 ships in the Eastern Mediterranean Sea on March 15.

There is a danger with the US having pathetically weak leadership. Other nations will try things. They took Joe’s launch codes because of his mental decline. I hope that they didn’t give them to Ho, but you take my point. USS Monterey is sailing into the Black Sea with very weak back-up in DC.

British Royal Navy — Any officer ‘on the beach’, either permanently (retired) or while awaiting a new ship or commission would be put on half-pay. They did not actually get half of what they might earn if employed but the rates were actually slightly better than that. For example circa 1800, a lieutenant at sea earned 6s per day while the lowest half-pay rate was 5s per day.

There were some 3,000 lieutenants on the list and only the top 300 got the full half-pay of 7s per day. This is actually more than their sea-pay. Below that 700 got 6s per day and the rest got the 5s. The rates are calculated on a sliding scale according to seniority, not according to whatever rate their last ship was. (rate=ship’s size) A captain recently made post would receive less than one with ten years seniority. The money was paid quarterly. 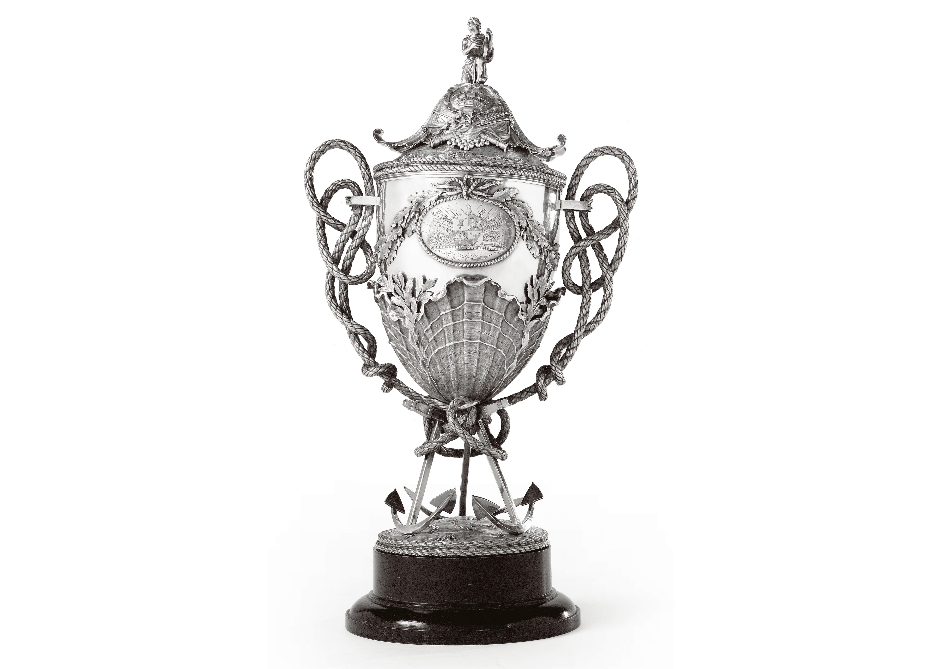 A Silver naval presentation cup awarded to Captain Henry Newcome, captain of HMS Orpheus. Who successfully fought against the French Privateer Duguay-Trouin, 1794. Made by William Drury, 1795

The inscription reads “Merchant Seamens Office Jan. 22nd 1796, Meeting of the Committee for Encouraging the Capture of French Privateers Armed Vessells, Etc. SIR RICHD. NEAVE BARt. in the Chair resolved that CAPTn. NEWCOME of his Majesty’s Ship ORPHEUS be requested to Accept a piece of plate value one Hundred Guineas in testimony of his Signal Service in the Protection of the Commerce of this Country by the Capture of ye. French Frigate LA DUQUAYTEOUIN [sic] of very Superior force.” 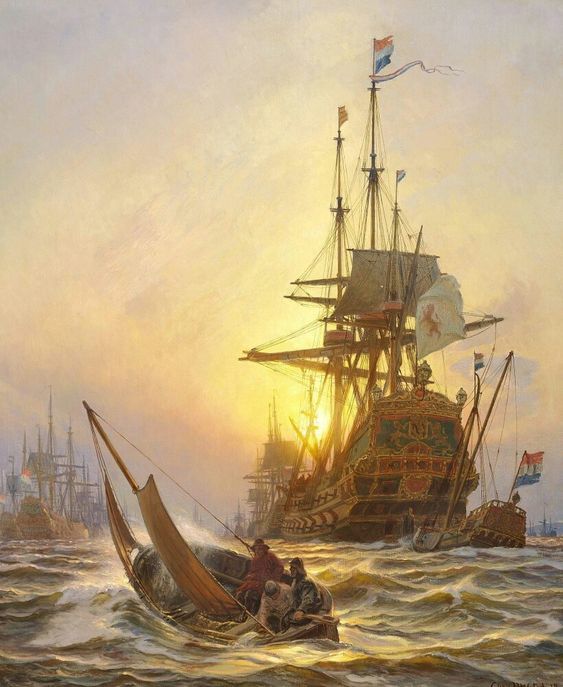 Such valuable gifts in the form of cups, whole tableware, swords etc. were a common way for merchants but also trade associations and other organizations to thank a captain for his noble conduct in a battle to protect that organization. This type of honor was awarded publicly and was a welcome underlining of the reputation of the person receiving it. At the same time, these objects were also a kind of reinsurance in bad financial situations, such as the time of a half pay, during peace time or the death of the captain. In such cases, such pieces were often offered for sale.

The Battle:  On 5 May 1794, a British squadron consisting of the 32-gun frigate, Orpheus, led by Captain Newcome, the 50-gun ship Centurion, and the 44-gun ship Resistance, encountered two French ships, the 34-gun Duguay-Trouin and the brig-corvette Vulcan off the coast of the Isle de France.  The two squadrons engaged in a fierce battle lasting approximately one-hour-and-twenty-minutes, in which the superior sailing Orpheus obtained an advantageous position upon Duguay-Trouin’s starboard quarter.  Orpheus continued to fire upon Duguay-Trouin until “her bowspirit shot through…and having sustained considerable loss in killed and wounded, struck her colors” (William James, The Naval History of Great Britain, London, 1837, vol. I.. p. 203).