The Axis of Stupidity 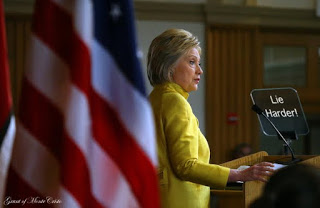 Facebook
Twitter
Pinterest
WhatsApp
There are a few people who I find to be and to have been wrong – continually – beating the axiom that even a stopped clock is right twice a day. Think on it. It’s difficult to be wrong ALL of the time.
Barack Hussein Obama, who you all know. I’d list out the lies, misstatements and misdirections but you know what they are.
Van Jones, community organizer in the Obama mold and Black Panther, elevated to “Green Jobs Czar” in the Obama administration.
Al Franken, failed comedian, rabid communist and Senator from Minnesota, elected to office from the Democratic-Farmer-Labor Party, caucuses with the Democrats. One of the only senators left of Bernie Sanders, but I like Bernie just on style – not so with Franken.
Jane Fonda, actress, and traitor, should have been tried and shot/hung during the Vietnam War, but skated, possibly because of her father.

Joe (Slow Joe) Biden, who has famously been on the wrong side of every issue since he first took office something like eighty years ago is not a bad guy….bit of a buffoon, but not ‘bad’ in the Baal/Mephistopheles sense of the word. His response to a home invasion robbery was to fire a side-by-side twelve gauge into the air. I’m ok with the shotgun, but wouldn’t fire it into the air.

Then there are the Democrats and the Never Trump Republicans who predicted an early demise for The Donald. I don’t think that they are of necessity wrong about everything, but they were clearly wrong about Trump.

It’s tough to call Hillary “wrong” on anything because her handlers poll the mood of the public, tell her what to say and throw it up on the teleprompter. If things change, she merely does a “reset” and changes the story. That happened almost a dozen times during the primary.
Oh, it’s ok, it’s simply called a “pivot” by Hillary and her flying monkeys in the mainstream media.