Saturday Siren (I’m not tired of winning yet) 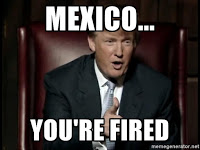 Facebook
Twitter
Pinterest
WhatsApp
In India
Nearly 2,000 products, made in India, enter the US duty free every year. That happens because India was designated ‘a developing nation’. At the same time, India has tariffs on US goods. Isn’t that interesting? Well, it’s about to change.

“I have determined that India has not assured the United States that India will provide equitable and reasonable access to its markets,” Trump said in a proclamation. “Accordingly, it is appropriate to terminate India’s designation as a beneficiary developing country effective June 5, 2019.”

What’s wrong with putting India on a level playing field with everyone else? At least we don’t have to worry about India competing by beginning Indian beef exports… (cows are sacred to Hindus, even though the Green New Deal calls for their extermination)

Mexican President Andres Manuel Lopez Obrador (referred to as “AMLO” in Mexico), said he’s optimistic of achieving “good results” from a high-level meeting next week in Washington following President Trump’s threat to levy tariffs on his country. Well, it was more than a threat, wasn’t it? It was a promise.

“We don’t want this confrontation with the U.S.,” AMLO said from the Mexican port city of Veracruz. “We are not going to get involved in trade wars or in struggles of hegemony or powers.”

It would be more useful if AMLO asked to address his pleas to Congress, which could solve the immigration crisis in a day with one vote. But Congress and the mainstream media hate President Trump all the more because he’s polling at the top of his game with the American people. Trump supporters say that they’re not tired of winning yet, and the donkeys are outraged. Disney is so angry that it left fly-over country, took its toys and went back to Hollywood. With all that turmoil, will AMLO get a chance to address Congress? Doubtful.
Trump has threatened in the past week to slap a 5% tariff on all goods from Mexico if the country doesn’t curb an unprecedented surge in migrants over the U.S. southern border. The problem can be solved by Mexico, but they don’t want to. So pay the tax that will reach 25% by October and shut up. Or find other markets like the US, because they’re everywhere, right?