The 2013 Summer of Recovery 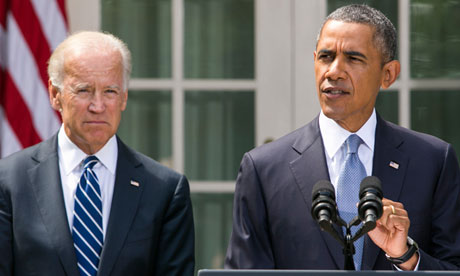 It’s been another (glorious) summer of recovery in America. Some economists and pundits viewed the 169,000 new jobs created in August as confirmation of a continuing modest rebound in job growth that’s now underway.
Not only did the actual number of jobs come up short, but June and July totals were revised down by 74,000 according to Investor’s Business Daily. (IBD)

• Some 90.5 million Americans are now out of the labor force, with almost a third of a million leaving in July alone and nearly 10 million workers departing since Obama took office. Meanwhile, 115,000 fewer Americans were employed in August than in July.
• The “good news” of a dip in unemployment from 7.4% in July to 7.3% in August turns out to be a mirage. It was due to a decline of 312,000 in the workforce. Without that, joblessness would have risen to 7.5%.
• Add the number of unemployed to part-timers who want full-time work and those who have given up looking, then the real unemployment rate is 13.7%.
• At 63.2%, the labor force participation rate is now at the lowest since 1978. And the 69.5% for men is an all-time low.
• Unemployment among blacks, Obama’s most loyal supporters, rose to 13% from 12.6%.
• Job growth over the last six months has averaged 160,000 a month. At this rate, it’ll take until mid-2024 to return to 2007’s pre-recession level.

ObamaCare promises to damage more jobs as a hefty percentage of the American workforce transitions from a 40 hour work week and full medical benefits to a 29 hour work week and national healthcare. (James Hoffa – Teamster’s Union)
The best solution that the Obama Administration seems to be able to bring us is a war with Syria. This should spur military spending and take the nation’s eyes off the scandals and the dismal economy. How’s that for Hope and Change?
The Democratic Party has become the party of WAR. Since it seems to be the only thing that will distract the American people from a disastrous second term for the Obama regime.