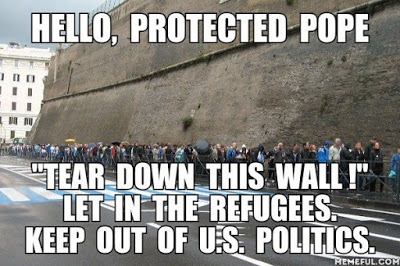 I never thought that the Pope would work as hard as he did to boost Donald Trump’s political future. Well done, Francis.
And from the What’s for Lunch file: 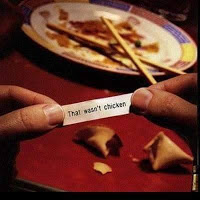 Nevada Republican Caucus
I’ve heard that the Rubio people are hopeful that he’ll win NV today, but the i-Ching has other things in mind.  He’s polling third but I think that he stands a chance of coming in second. Trump is projected to win. I think that Nevada is an easy state for him because he’s Trump. Maybe Cruz’s firing of his communications director will clean up his filthy campaign. I would like to think so. I hate to think poorly of Ted, what with all of the ‘praising Jesus’ that he’s doing to pull in votes…Yes, I think that Ted Cruz is being insincere.

More on China and the Spratly Islands

The Washington Post and other news services reported on 22 February that commercial imagery shows that the Chinese have added probable radar systems, communications towers and lighthouses or beacons on four of their reclaimed islets in the Spratlys,

The Chinese continue to make improvements on the seven islands/islets that they control and have reclaimed. The Asia Maritime Transparency Initiative reported last summer that several of the reclaimed islets already contained radars and naval guns or anti-aircraft guns.
The recently imaged equipment appears more advanced, but still is “dual use” in that it has commercial and military applications. The equipment should provide surveillance advantages in a remote part of the South China Sea and should improve the safety of navigation, at least for Chinese ships and craft.
The Chinese will contend that the electronics equipment is benign and does not signify militarization, but rather ownership — they are just monitoring their sea borders and the neighbors.
Chinese Foreign Minister Wang Yi might make those points during his trip to the US from 23 to 25 February. The Foreign Ministry spokesperson said on 22 February that China’s limited defensive improvements, including basing air defense missiles in the Paracels, was no different than the US defending Hawaii. She said Chinese actions in the South China Sea should not be an issue in the Foreign Minister’s talks in the US. I have no idea what Pres. Obama will have to discuss with China, because I thought that he gave away the store, but apparently there is more to give up.