The Pope Blessed My Lunch 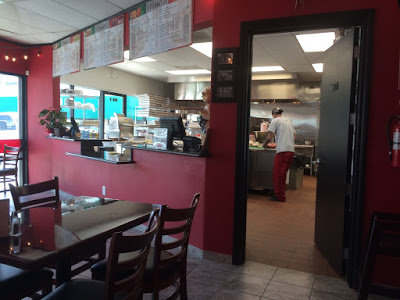 No, Adrianne, you will note that I wasn’t able to incorporate anything to do with Hitler or his parts but, since you are a practicing Italian and master chef, I am dedicating lunch to you today. 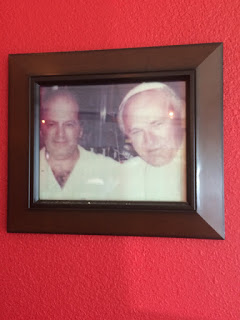 He recovered his health and returned to the US after a seven year absence and opened a new restaurant. The meal made for me today (above) by his wife met the gold standard for great Italian cooking: Crusty, delicious, bread, fresh from the oven there on premises; home made sausage; home made marinara and cheeses imported from Italy.  I ordered the small 16″ sandwich because the 20″ sandwich (man sized) was simply too much for me to down all by myself irrespective of the ardent desire to eat more. (I’d have had to barf first to accomplish that.) Mama was a little hurt that I passed on the antipasto salad to start. Again, unless you eat more than you can lift (literally), mama and papa feel that you didn’t eat enough. 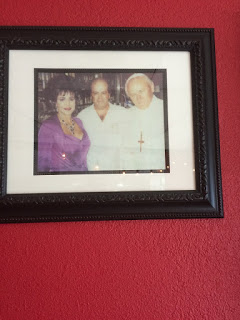 When Pope John Paul II (Karol Józef Wojtyła) visited Los Angeles in 1987, he had a very busy schedule but visited Joe Vito’s humble restaurant to bless both Joe, the food and the building.  A photo of that blessed event still hangs in the current restaurant as a moment of a great moment that has now passed.  The question before me as I ate my sandwich today, was whether the current pontiff (Francis, an Argentine collectivist) would bless the restaurant today the way Pope John Paul II, a hero of freedom, capitalism and western values did. 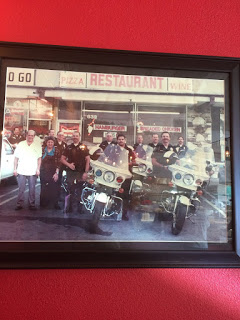 When you consider that Vitos has always been a place where the police have congregated for great food and to share company with great people, I doubt that Pope Francis would show. And it would be Francis’ loss, because the hole-in-the-wall family Italian joints seem to put out the very best food, worthy of a pope’s blessing.