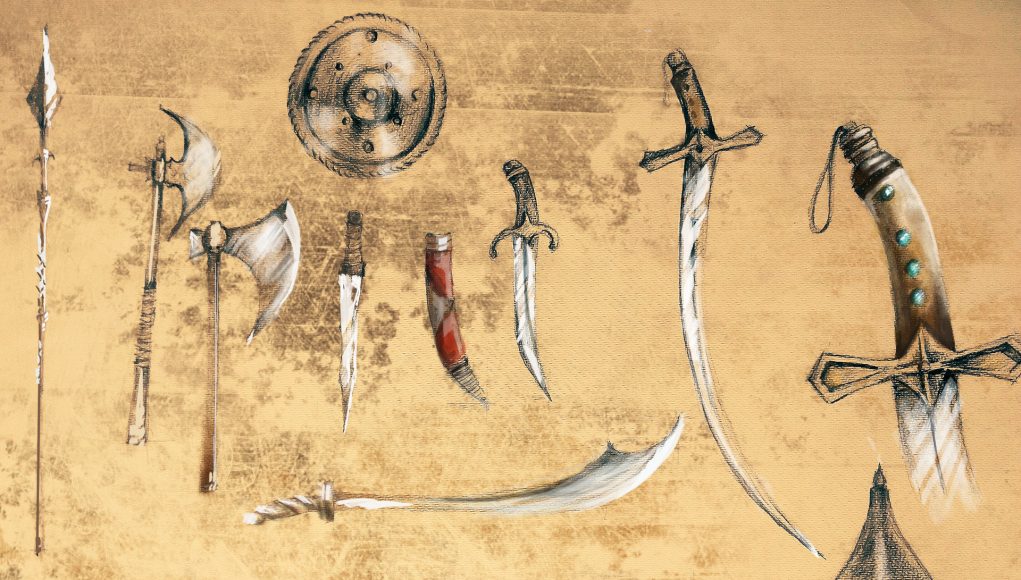 This blog piece discusses the first loss of the Khan’s Mongol armies, which was in itself, a multi-national, combined arms force – not only the light horse archers of Genghis Khan’s steppe cavalry. I hope that you enjoy the perspective. 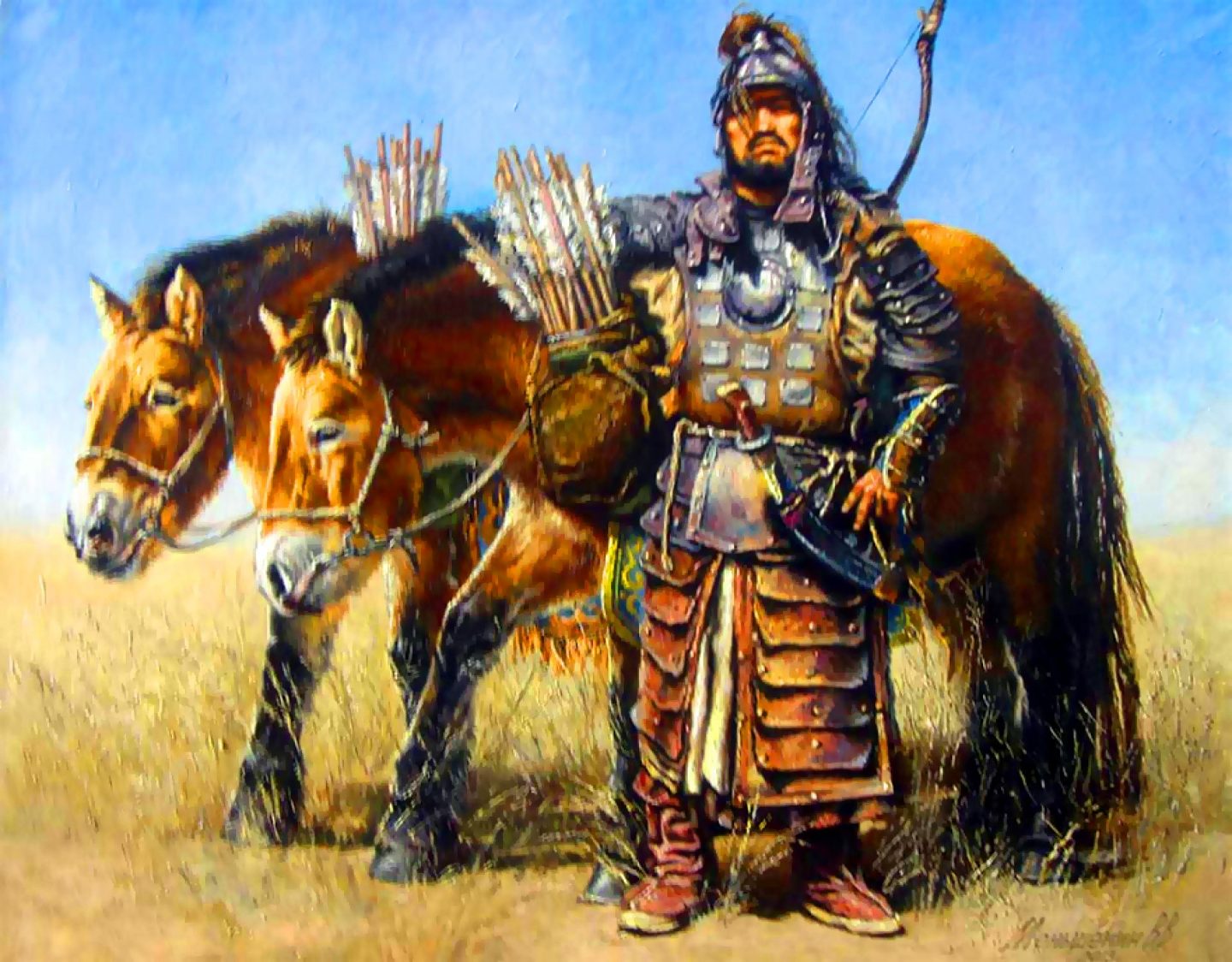 At the time of Genghis Khan’s birth, the Mongols were but one of a number of nomadic tribes who inhabited the steppe of northeast Asia. After his death, the Mongols controlled almost twenty percent of the world’s land mass, and had established the largest contiguous empire in human history.

In the thirteenth and fourteenth centuries, in which the Mongol Empire was at its peak, it seemed that nobody could stop the juggernaut that was the Mongol Army, with its incredibly mobile, agile mounted archers (and which later expanded to include heavier cavalry), Chinese infantry and artillery that made up their combined arms force.

In the middle of the fourteenth century the Mongols, ever eager to expand the borders of their empire, pressed on into the Middle East. Anyone who stood in their way was simply steamrolled, and one by one great cities and kingdoms fell.

Under the superb generalship of Hulagu Khan, a grandson of Genghis Khan, the Mongols vanquished the much-feared Assassins in 1256. They razed Baghdad, the jewel of the Islamic World, to the ground in 1258, and thus destroyed the 500-year-old Abbasid Caliphate. In 1260 Aleppo fell, and the Mongols took Damascus soon afterward, striking a crushing blow against the Ayyubid Dynasty.

After this string of victories, Hulagu turned his attention south: Egypt was the next prize he was after, and it seemed to be ripe for the plucking. At this time, Egypt was ruled by Qutuz (whose full name was al-Malik al-Muzaffar Saif ad-Din Qutuz), a former slave who had risen to the position of Sultan of Egypt over a period of twenty years. During that time he had repulsed and defeated the European warriors of the Seventh Crusade.

For Qutuz, becoming a slave ultimately ended up being a great blessing. He was sold to Aybak, the Sultan of Cairo, and became a Mamluk. The Mamluks of the medieval Islamic world were a class of slaves who were trained to be elite warriors. Their fighting prowess was legendary, and over the centuries their political influence and power began to grow as well, until eventually a Mamluk in the form of Qutuz sat on the throne of Egypt.

After taking Damascus, Hulagu sent his emissaries to Cairo to deliver a message to Qutuz, the premise of which was much the same as the messages he had sent to everyone he had conquered thus far: surrender or die.

Another Mamluk commander named Baibars, who had fought alongside Qutuz against the crusaders, had traveled from Damascus to Cairo prior to the former’s loss to the Mongols, and he had brought his Mamluk soldiers with him. Confident that with the troops he had at hand – his and Baibars’ – he could put up a good fight, Qutuz had no intention of simply handing Egypt over to the Mongols. If they wanted Cairo, they would have to pay for it with blood.

Qutuz had Hulagu’s emissaries beheaded, and stuck their heads on spikes on one of Cairo’s city gates. This gesture was guaranteed to anger Hulagu. A similar situation had played out before he and his army took Baghdad – and look how that ended for Baghdad and its citizens.

Qutuz and Cairo may have come to a similar end if fate had not fate unexpectedly intervened on behalf of the Mamluks. Hulagu took the bulk of his almost 100,000 troops and departed the region, leaving a much smaller force, around 10,000 Mongol warriors (some estimates say closer to 20,000) behind, under the command of one of his subordinates, Kitbuqa.

For a long time historians believed that Hulagu’s sudden departure was due to the death of Möngke, the Great Khan, in China, which necessitated Hulagu’s return home to decide on a successor.

However, it is now believed that Hulagu pulled his troops out of the Levant for logistical reasons: there simply wasn’t enough fodder or grazing in the arid region to sustain such a vast force of cavalrymen and their mounts.

Hulagu’s sudden withdrawal from the area came as great news to Qutuz, who decided to immediately muster a force and strike at the Mongols out in the open instead of waiting for them to come to him. He and Baibars set out from Cairo with a force of around 20,000 mounted troops and infantry, intent on wiping out the Mongol force.

The Mongols had previously offered to form an alliance with the remnants of the crusader Kingdom of Jerusalem, which at this time held its main seat of power in Acre. Qutuz, although a traditional enemy of the Christian Franks, sent emissaries to speak with their leaders at Acre.

The Christians decided that the Mongols were a greater threat to them, and thus allowed Qutuz to take his army through their lands, and even camp near Acre itself. While there, Qutuz received word that the Mongols had crossed the Jordan River, so he mobilized his forces and prepared for an attack near the Ayn Jalut spring in the Jezreel Valley.

Baibars and Qutuz prepared a strategy to draw the Mongol forces into a trap. Since Baibars knew the region well, the Mamluks already had an advantage over the Mongols, in addition to their superior numbers. Qutuz and Baibars concealed the bulk of their force in the trees of the highlands of the area, and on the morning of 3 September 1260, they drew Kitbuqa and his Mongols into battle.

Constantly harrying the Mongol troops with hit-and-run tactics, the Mamluks drew the Mongol force into a carefully laid-out trap. The fighting went on for hours that morning, and both sides fought with ferocity. Even though Kitbuqa’s Mongols were outnumbered, they fought with the tenacity and courage for which they were famed, driving back the Mamluks with force.

Kitbuqa did not realize, of course, that he was being led into a trap until it was too late. He committed his entire force to the attack, and, after a number of hours, Qutuz and Baibars had the Mongol army exactly where they wanted it, even though they had suffered heavy losses to get them there.

The moment to spring the trap had arrived. The Mamluk troops poured out from among the trees, launching volleys of arrows into the Mongols and swarming around them in an encircling maneuver.

Kitbuqa realized that he was trapped, and his force surrounded – but surrender was simply not an option. He and his Mongol troops fought like cornered beasts, almost smashing through the left wing of the Mamluk army.

To inspire his flagging troops, Qutuz himself charged in with his own unit of elite troops to reinforce the left wing. Some Mongols did manage to break through, however, and reorganized themselves so that they could counterattack.

The counterattack failed, though, for the Mamluks were now in complete control of the battle. Some Mongols fled, but most – along with Kitbuqa – were slaughtered, and the force was annihilated.

While the Mamluks had suffered heavy losses, and paid a steep price for victory, what they had achieved was momentous: never before had a Mongol army been annihilated in open battle. Qutuz and Baibars had not only successfully defended Cairo against the mightiest empire the world had ever known up to that point, but they had also proved that the Mongols were not, as previously thought by many, invincible on the field of battle.

Although Hulagu Khan vowed to avenge Kitbuqa’s death and sack Cairo, he was never able to achieve these aims. He died in 1265 amid internecine conflicts with other Mongol groups. After the Mamluk victory at Ayn Jalut, the first cracks in the Mongol Empire finally started to appear.

Sadly, the victors of Ayn Jalut were not very grateful to Qutuz for his sterling leadership. When he refused to promote Baibars to rule a fairly independent Syrian regime, the latter and one of his supporters assassinated Qutuz. sic transit gloria mundi…