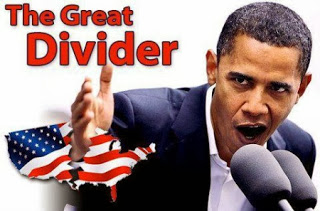 When Barack Obama swept into office, he promised to be “the great uniter” as he pursued an agenda to “fundamentally transform America”. The fundamental transformation has shown signs of balkanization as “progressive areas – which are anti gun and high crime” want to force their will on conservative areas in which firearms ownership is a cherished right — and they don’t have significant crime problems.
The US Congress would never agree because it would create states that would send conservative legislators to Washington and upset the balance of power. BUT the fact remains—>
Northern Colorado doesn’t want to be part of Colorado anymore.
Six Counties in Colorado

(Denver Post) GREELEY, Colo.—It looks like Weld County voters will be casting ballots this fall on whether to pursue seceding from Colorado. The Greeley Tribune reports that Weld County commissioners unanimously voted Monday morning to place a 51st state initiative on the ballot.

Weld and other northeastern Colorado counties have expressed interest in seceding to become North Colorado. Weld, Logan, Sedgwick, Phillips, Washington and Kit Carson commissioners each set dates to vote on ballot initiatives for the 51st state. Yuma and Cheyenne counties have given the OK to place the initiative on the ballot this November. Morgan County commissioners are waiting on a citizen initiative.

Northern California doesn’t want to be part of the Golden State anymore. (who can blame them?)
Siskiyou and Modoc Counties (CA)

(Fox News) A second far Northern California county has voted to secede from the state after Modoc County supervisors voted 4-0 in favor of secession.

The vote on Friday comes just weeks after neighboring Siskiyou County voted for secession, according to the Record Searchlight of Redding.

Modoc County Board Chairwoman Geri Byrne tells the Record Searchlight that she put the secession measure forward after hearing support for the idea from people in her district.
“We’re not saying we’re seceding today, we’re saying let’s look into it,” Byrne said. The goal is to form a separate state called Jefferson that would also include parts of Southern Oregon.

Once you leave the urban hells where crime is high, many people rely on government hand-outs (and don’t work), and the high school graduation rate is nothing short of dismal, there is another America where people value self-reliance, family values, God and guns. Big states with massive deficits, such as California focus on these urban voting units to maintain their power. As a result the politics has changed the way people look at government from different districts within the area governed.
The notion of the well intentioned public servant in the Obama era has vanished as disclosures that the Obama White House used the Internal Revenue Service to target the president’s political enemies, jacked up the Environmental Protection Agency to focus only on conservatives and the Department of Homeland Security changed its focus to “returning soldiers, retired police officers, and people who identify themselves as ‘Constitutional’. Confidence in American National Government is at an all time low and it is reflected in secession movements.
These areas don’t want to leave the nation. They just want to leave the “progressive” part of their states what force President Obama’s version of hope and change.