Islamic Supremacy in the American Heartland? 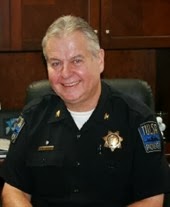 Facebook
Twitter
Pinterest
WhatsApp
There is something wrong with Islam beyond merely Sharia, which finds itself at odds with every aspect of American Law, English Common Law, and Napoleonic Law (Louisiana). They want to be loved and if necessary, they’ll attack you until you love them (convert), which is a left-handed term for jihad.
Take Captain Paul Fields, Tulsa OK Police Department for example (worth clicking the link and reading the whole story) Chief Chuck Jordan, Tulsa OK Police Department ordered four officers from each squad in the department to attend an Islamic function that had nothing to do with their policing jobs. When Captain Fields objected, he was disciplined and stripped of his command. 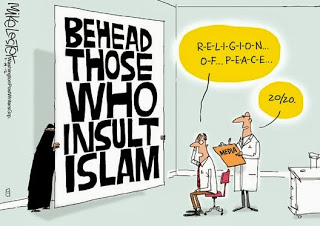 The Islamic Society of North America, which co-sponsored the event with the local mosque is the single largest front organization for the Muslim Brotherhood/Al Qaeda in the United States. Chief Jordan could have found that out if he consulted with his intelligence unit, the FBI or the local Counterterrorism Task Force.
We don’t know whether he checked or not. If he didn’t, I strongly suggest to the reader that he should consider retirement due to incompetence, and that any replacement be vetted based on an understanding of who his friends are and are not.
Even though the Obama Administration proposed that the United States ally itself with Al Qaeda in Syria, he wasn’t able to follow through with his desires because the American people objected. Captain Fields objected. And Islam (aided by Chief Jordan) rolled over his career like a steamroller.
Chief Jordan: Shame on you!
Captain Paul Fields: You passed the test. While they’ve stomped you down, you can hold your head high with the understanding that others see what’s going on even if the Tulsa City fathers do not.