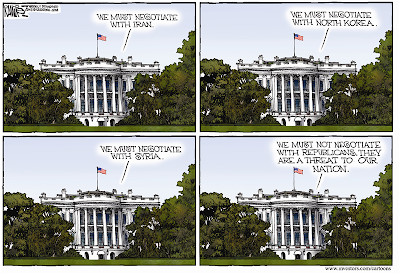 Cleaning House: F.B.I. Agent Pleads Guilty in Leak to A.P.
The US Justice Department announced that Donald Sachtleben (age 55) a Federal Bureau of Investigation special agent, has agreed to plead guilty to leaking classified information to The Associated Press about a foiled bomb plot in Yemen last year. Federal investigators said they identified him after obtaining phone logs of Associated Press reporters. Sachtleben has agreed to serve 43 months in prison. During this investigation, Special Agent Sachtleben was on administrative leave as the subject of a separate F.B.I. investigation for distributing child pornography, and has separately agreed to plead guilty in that matter and serve 97 months. (Savage/NYTimes/23September 2013) He was fired before his current plea deal, making him a “former special agent” at the time of conviction.
He will be eligible for release in 2026 at the age of 68.
Obama’s Legacy 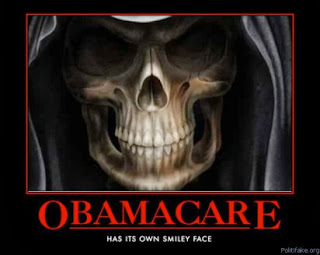 The touted progressive wet dream that became ObamaCare is unraveling as people open their insurance statements and find that in many cases their premiums will double thanks to Barack Obama’s socialized medical program. At the same time, insurers are reducing the number of doctors and hospitals where ObamaCare will be accepted. You guessed it — if you go there now and like it because it’s really good, you’re going to go somewhere else to get your high priced ObamaCare.
Losers: American Public
Winners: Insurance companies that backed Obama including AARP who sold their constituency down the river.
And in a Related Story
President Obama pledged to end partisanship, but instead has exacerbated it. He recently accused House Republicans of being extortionists for opposing a raise in the debt ceiling. Barack Obama once held the opposite position about debt and ceilings. In 2006, when George W. Bush was president, Sen. Obama said: “The fact that we are here today to debate raising America’s debt limit is a sign of leadership failure.” Really? What, then, does it say about his leadership now?
The World is a Little Smaller
Homeland Security to Test BOSS Facial Recognition at Junior Hockey Game. The U.S. Department of Homeland Security will test its crowd-scanning facial recognition system, known as the Biometric Optical Surveillance System, or BOSS, at a junior hockey game this weekend.
With assistance from the Pacific Northwest National Laboratory, DHS will test its system at a Western Hockey League game in Washington state. The test will determine whether the system can distinguish the faces of 20 volunteers out of a crowd of nearly 6,000 hockey fans, to evaluate how successfully BOSS can locate a person of interest.
According to DHS, BOSS technology consists of two cameras capable of taking stereoscopic images of a face and a back end remote matching system. Stereoscopic images are two images of the same object, taken at slightly different angles that create an illusion of three-dimensional depth from two-dimensional images.
The cameras transfer the pair of images to the remote matching system by way of fiber optic or wireless technology. The system then processes and stores the two images into a 3-D signature, which is the mathematical representation of the stereo-pair images that the system uses for matching. [Read more: King/BiometricUpdate/20September2013] 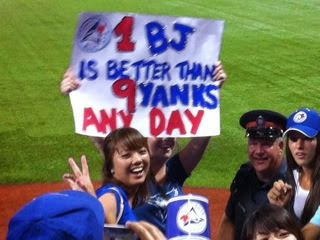