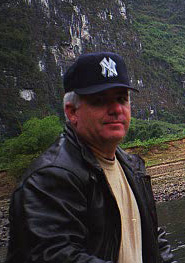 Facebook
Twitter
Pinterest
WhatsApp
As I read the story on American Perspective (linked below), my eyes began to tear because I’ve had the same problem in my life.

(LINK to American Perspective) “33-year-old Laura Fernee blames her good looks for a host of problems in her life, including her unemployment. Fernee says she was forced to quit her job after being constantly harassed by male co-workers and dealing with female co-workers who were jealous of her beauty. Now, Fernee lives in an apartment paid for by her parents and hasn’t held a job in two years. But she is also claiming it’s simply not her fault.”

I understand what she’s going through. Women tend to objectify me too, and it’s always clear that they only want one thing from me. Sure, the flowers and the invitations to lunch from female co-workers are flattering — at first.  Then as they come to know me better there are:
Trust me, the next morning you feel vacant, used and diminished.
Women talk. Have you guys ever noticed that? Except when you walk up to them. Watch how fast their code of silence is invoked and you’re left with the sly glances and not so subtle snickers as they undress you with their eyes. There have been times when I even felt as though I was being traded between women at work as if I was a commodity (a piece of meat). But I’m a human being with human feelings.
I feel better having discussed this problem that I have in a public forum around affirming and loving friends who can relate to my pain. It’s humiliating for women to ask me if the flash light is on “high beam”.