Facebook
Twitter
Pinterest
WhatsApp
Reparations
How much should descendants of slaves pay in reparations to the descendants of 360,000 Union soldiers who lost their lives to free them? I’m guessing that we need some income redistribution to set things right…
15 minutes of Fame

I ended up on the radio with famous talk radio host, Ed Bonderenka, on Saturday. We were going to chat about a number of topics, but Iran dominated the hour. The situation in Iran is such that they want to provoke us into a war that their leadership can survive. If it comes to a real war with even one American casualty, we need to insure that the beards go to their reward and claim their virgins, etc. But for now, we need to deny them the war that they are begging for. Tighten the screws and let the Iranians/Persians deal with their own leadership. It will happen. We just have to sit back and allow the people to deal with the turbans (their betters) when they’ve had enough.

I think that we need to send AOC to Iran and let her lecture them. She runs the Democrat Party now. Wouldn’t it be a shame if they imprisoned her and held her for ransom? That would cripple the entire Green New Deal movement. Could we survive without her? Time would tell, right?

On Ed’s show, we never got to the situation in China, and questions of readiness for a navy war in the Westpac (see the USS Fitzgerald, USS John S. McCain collision incidents, etc.) The US Navy is no longer the Navy that I knew. Watching SEALs punished, careers destroyed for dispatching terrorists is something that is totally alien to me. During my time as an 1130, your career would be destroyed if you failed to ‘send them on’, to the next life. Garrote, headshot, cut throat, strapped to a Bangalore torpedo that’s subsequently detonated, tossing them off a ship to see how long they can tread water, etc. were all acceptable – then. Some us drew the line at throwing them off a ship while chumming for sharks, but that was the mindset. Now, harsh language is enough to receive tough censure from on high. What a goat-f–k.

Are we ready for war? I can’t say. Any navy war will be disproportionately born by heavy lifting on the part of the submarines/silent service.

I’ve been out of that game too long, but I will say that when I look at US Navy ships these days, their sides streaked with rust, they remind me of the old Soviet Navy (now Russian Navy). I can go on forever about this topic and the ‘metrosexual navy’ that developed during the long 8 years of ObamaNation and national decline. The decline seems to have stopped during the Trump Administration but we need at least four more years of President Trump with a worthy follow-on to correct the damage that was done. 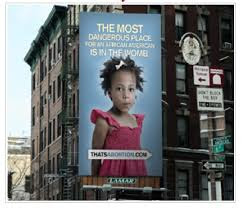 Many inside and particularly outside the US look at our policy toward the murder of viable babies both born and unborn with horror. “What sort of people would do that?” Maybe Nazis, obsessed with the slaughter of Jews? Maybe the Red Chinese after the Cultural Revolution when they were trying to thin the population out? Pol Pot would have done it in Cambodia for shits and giggles. But we (and the world) heard legislatures CHEER the decision to kill living babies if parents somehow decided that the child was inconvenient.

We’ve covered this topic on this blog before, and some of you edge toward ‘my body my choice’. You have that right. However, I will state for the record that a baby in utero with its own heartbeat, its own DNA, it’s own capability to move and feel pain is a HUMAN BEING, unique in all the universe as are you, dear readers. Not according them rights that we afford other HUMAN BEINGS creates a slippery slope legally. We either regard all human life as sacred, or we agree that murder is not a crime. I understand that there are issues of rape, incest and life of the mother and I agree with those exceptions when it comes to medical abortion early in a pregnancy where rape and incest are the issue. 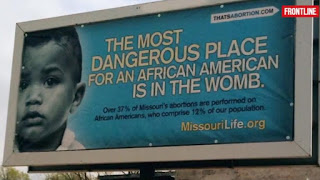 It’s common knowledge that the most dangerous place for a black person to be in many parts of the US is in the womb.

What sort of people are we? Clearly we have sunk to a point where calling us a nation of animals would be a compliment. Animals protect their offspring.

Ed wanted me to share thoughts on abortion on his radio show. These are my feelings on the matter. We live in a land of plenty. Many families are working hard to find a child to adopt.

As an aside, I rode on a train in China with a Chinese gentleman a number of years ago. There were American families with their newly adopted Chinese children in the same train car. He was telling me how great the Japanese were and what great friends of China they were. I looked around and asked, “How many Japanese people adopt Chinese orphans?” That shut him up.