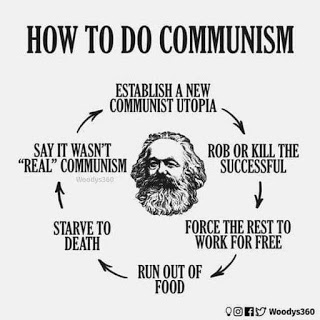 Many Republicans turned to medical options to help cope with the Trump presidency early on, but the man has been revealed to be precisely what the nation needed, and the RINOs have been revealed to be mountebanks. Right Mitt? The Democrats don’t need shrinks, they need to find exorcists. And as 2021 edges closer, that may be closer to the truth than they wish to accept.
The Circle of Socialism/Communism

I understand. That’s not how they taught it to you in college, but that’s how it ALWAYS works. And whether you’re discussing utopian socialism (Bernie) or utopian communism (Marx/Lenin), the end is the same. I’m not saying that it’s not a bad pitch. The inherent desire/lust to loot others to benefit yourself is the oldest game in the book, but in order to do it, tyranny is required. And it’s a lot easier to bend the knee to that sort of thing than it is to unbend it. Ask the unarmed Jews who were cooked to ash by National Socialists in Germany.
And that may be an inelegant way to frame an argument to keep and bare arms, but it works for me.
Apologizing for Islam 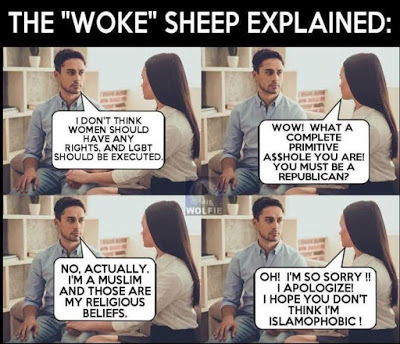