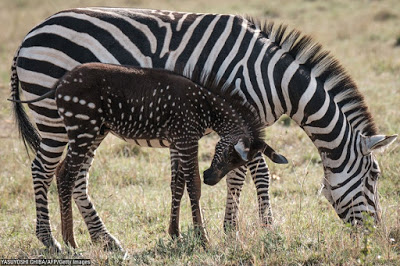 Stripes and other Camo


A polka-dot zebra foal was photographed Sept. 19 at the Masai Mara game reserve in Kenya. The zebra, named “Tira,” has a rare genetic mutation called pseudomelanism, which results in a variation in an animal’s stripes.

I received some criticism for not posting more photos of kittens, puppies and bunnies. And since today is the Sunday Sermonette, I am bowing to pressure. 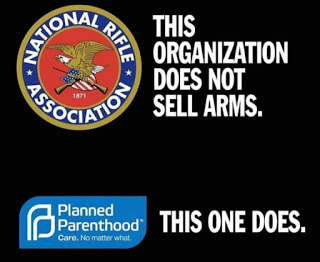 There are two ways to look at it aren’t there?

And while some of this blogs readers part ways with me on the subject of abortion and on the selling of human body parts for fun and profit, I have great difficulty understanding the morality of the commercial practice. This isn’t first trimester stuff because those babies have no value. These are for the most part developed babies, many of whom would be viable outside of the womb – which makes it homicide/murder.

It goes way beyond “my body, my choice”.

At least that’s the only way that I can lens this situation. That’s your sermonette.

The Mail:
Halo63 – RE: Ukraine and the whistle blower story, some background of the happenings which you may or may not be aware. This is juicy stuff, DJT has MSM in spasms over a story they would never tell in this century under current mockingbird rules. I don’t doubt his Admin may have encouraged the WB to get this out in the open or to find/seal a leaker.

The mainstream media will run from this house like they’re running from the tax collector. It sounded like fun when a whistle blower came forward to take down The Orange Man. When the story turned into an expose of Biden’s corruption, it stopped being fun for them. If Biden were to become president, it would be a problem for him, but he has less of a chance than Irish Bob does when the dust settles. The front runner status is there because people want a moderate candidate and poor old Slow Joe isn’t ready for prime time and he’s not moderate anymore.

Beans – No pirates that I know of in my family tree, but there was that Blockade Runner during the Great Unpleasantness of 1861-1865.

The War of Northern Aggression brought out the best in some people and the worst in far more.

Oh, well, I just got America’s original Communists in my blood. Yay, me!

You could run for president on the Democrat ticket with a pedigree like that.

As to Area 51, what a bunch of wimps. I was hoping for mass arrests, or a chance for the Air Force to use microwave projectors or sonic weapons, right before some A-10 dropped a sticky glue bomb or something. How very… disappointing. Oh, well, maybe next time.
Ed Bonderenka emotes – I feel your pain…

It’s a long drive from wherever you are to Area 51. The protesters (as with many people who have time to do that sort of thing) are likely trust fund babies with daddy’s gas credit card. I’m sure that most of the people present were members of the press sent out there to capture the true and untold story.

Jim confesses – I like the thought of those 2,000,000 protesters in alien captivity. Now I just wonder what they would do with so many. Some could be used for experimentation I suppose, the rest might only be good for forced labor, say working the mines on Rigel IV. They likely wouldn’t work out in the arena except perhaps in a “to the banths with the earthlings” manner.

Who knows what evil lurks in the hearts of aliens (ok, yes, The Shadow knows, but he’s not talking these days)?

LindaG – Hubby has a pirate somewhere in his lineage between France, Canada and French Creoles; but that’s all I know.

There were a lot out there in the Golden Age of Piracy. Now it’s half a dozen Somalis in an open fishing boat who somehow manage to scare the crew of a 50,000 ton tanker. Lots of piracy in Somalia until the shipping companies took on a few people with rifles who would shoot the pirates (for sport) as they came up and said “surrender the booty” in a language that nobody understood. If I were to write that shooting Somali Pirates with a scoped rifle, from the deck of a supertanker sounded like fun, it might sound racist, so I won’t.

Ed explains his pirate roots – I stole some software once.

The less said of that, the better (loosens his collar, sweating slightly). I expect that you were the only person to have done THAT.

Well Seasoned Fool – POTUS asks his opposite number in another country to press an investigation of possible crimes. Becomes somewhat demanding. Lucky for the Ukrainian a Clinton wasn’t involved.

How much money did Ukraine donate to the Clinton Foundation? Nobody is asking that these days because the Clintons looted the foundation eight ways from Sunday and it’s just an empty corpse now that Hillary isn’t bringing in the big bribes.

Area 51. My son, as a medic, had access to every area at Dugway Proving Grounds (Area 52). Told me, “No aliens, but some really interesting shit”.

There is some really deadly stuff at Dugway Proving Grounds in Utah. I would think that aliens would avoid the place.