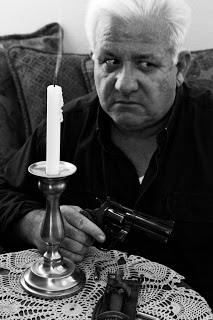 Facebook
Twitter
Pinterest
WhatsApp
A Disadvantaged Youth
I read an article yesterday about a boy, lamenting that his upbringing began in a mixed-gender home. I’d never heard it put that way before. He meant to say that he was raised by a mother and father…how politically incorrect is THAT?


I am feeling a bit lonely these days since the new move is for each and every Republican to run for President in 2016. If I throw my hat in the ring, will Fox News include me in the debates?

In the new Star Wars film, The Force Awakens, due out at Christmas 2015, will the Evil Emperor be married to a Wookie? I’m not predicting, just musing on how sometimes art imitates life. Hope and change always plays big with the Emperor’s plans for his people.
A Better Mousetrap

If I start a Center for Environmental Justice, will the Clinton Foundation fund it? All I want to do is tap into some of those big time bribes in a very small way…just to fund my motorcycle hobby and maybe a yacht and private jet hobby that I’d like to acquire. The Clinton Foundation would win too with all of those ocean cruise/environmental studies and private jet flight/atmospheric studies that I’d do. Does that make me a wanna-be Al Gore? ‘Cause you know I’m going to sell the center to a bunch of rich Arabs the first chance that I get, and cash out.
Hamburgers
Everyone has their favorites and it’s often a matter of taste. Some people prefer the McDonald’s basic burger, but most of those people are under the age of 6.

One month after the race riots that trashed Baltimore, Mayor Stephanie Rawlings-Blake said that the city would apply for a $20 million Federal Emergency Management Agency (FEMA) grant to replenish the “rainy day fund” being used to pay for cleanup and police overtime costs in the wake of the mayhem that she herself is on record as encouraging. The Federal Government should not underwrite riots. Is it racist for me to suggest that? Mayor Rawlings-Blake, remember, is the one who lit the fuse by saying, “We also gave those who wished to destroy space to do that” — a clear incitement to riot, even as she unconvincingly denied meaning any such thing while Baltimore burned.