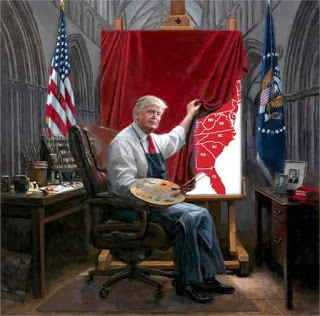 The big news last week was that President Trump called the President of Ukraine and asked him to look into Joe Biden’s son and the fraud that was perpetrated by both father and son. Wow, that’s it? That’s their headline?
The corrupt, evil, filthy, smug, sly, lying mainstream media, which is a wholly owned subsidiary of the Democrat Party, is trying to dig deep for anything.
The Democrat position is “HELL YES-“

* We are proud to be the new National Socialist Worker’s Party!

* We need to force you onto a vegan diet (possibly supplemented with Soylent Green); 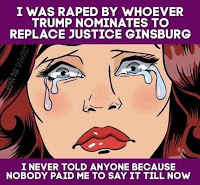 * We will take your firearms and ammunition so that you won’t rise up and kill us and our apparatchiki;
* We will take your cars. Private ownership of cars is so yesterday. But if your social credit score drops, you can’t take any of the new ‘people’s cars’.
* Everything will be rationed in the brave new world, even though it’s abundant today, we’re sure that it won’t be in 2021. And if you’re social credit score isn’t high enough, well, you don’t get a ration card, do you?
My next question is, “who is stupid enough to vote for that BS?” No, don’t answer it. Every CNN viewer will.

For Juliet: Art Philosophy – and that’s the sermonette. 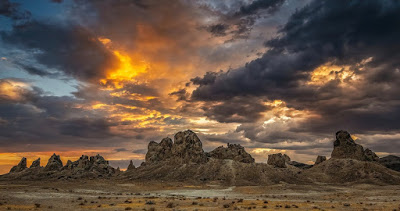 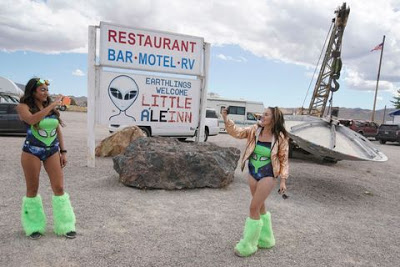 Somewhere between their starting point and Area 51, they were abducted by space aliens. Only about 70 stalwart souls made it to the gate to the Groom Lake Complex. The big winner was the owner of the Little A-LE-INN, the only motel and restaurant in the area. And I say good for them. ET wasn’t a communist (even though I’m sure that the producer and director are). 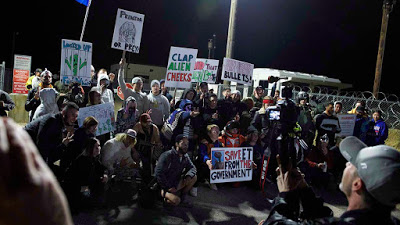 It’s a lot like Close Encounters of the Third kind (or the absurd kind) and there were three arrests as the hyped up attendees – those who were not abducted by aliens – were arrested for trespass by the County Sheriff.
Will the 2,000,000 who panned to attend ever be released back on Earth? Clearly not until they are unwholesomely probed. That whole probing thing will take some time given the numbers involved.
I would have thought that Presidential aspirant Pete Butt Guy would have showed up to garner votes and there’s the hope of being probed.

On Cultural Appropriation of Pirates

Ed – Many a girl has heard “surrender the booty!” In not so piratey tones.

See, that’s exactly what I’m talking about. You CAN’T say that if you’re not a pirate (no matter what tones you use). At least not going forward. It’s on par with racism. Only people with pirate ancestry can get the booty… I’m not being selfish, that’s just the new rule.

Raven Wrote – How do such documented losers end up with wealthy wives/husbands? Do they drug them? Play mind control games? Have assistance from others? There is a book waiting to be written here.

Maybe Beto has an 18″ personality? I really don’t know. I know that women are always trying to “fix” men and Beto needs a LOT of fixing. A billion dollars is obviously not enough to fix him. Rep. Adam Schiff (D-CA) married George Soros’ daughter. Billions didn’t fix him either.

Does setting the Captain of your whaling ship adrift in a whale boat in the middle of the Pacific count as piracy? The rest of the crew apparently thought it was a good idea also…I am striving to join the IAPA (International Association of Pirate Ancestors) so the pieces of eight will start flooding in. I can fabricate more evidence if needed.

Marooning your captain is a good first step, but you need to cut gun ports in the ship and go out capturing other ships to enlarge the fleet and naturally, cruise ships are a good place to go because there is booty there all ready to be surrendered.

Jules – You have relatives who don’t talk to you because they have English in them? They should be thanking you! Them’s be the proper pirates, me hearties! I don’t understand the fascination with Americans wanting to be part Irish unless it’s about heart attack potatoes or vodka. There’s probably about as much Irish content in the blood as there is wolf in your pet chihuahua.

You must understand that my Uncle, whose last name is Quigley, lived his entire life based on his proud Irish heritage. He never visited Ireland to the best of my knowledge, but that never stopped anyone. The disclosure that his grandfather changed his name from Quidley (Pirates from North Carolina outer banks) to Quigley because he was on the run from the law, broke his heart. Naturally it is all my fault.

Jim – My neighborhood, Miami County, is in the heart of what was known as Bleeding Kansas back in the ante bellum period. At one time both John Brown and William Quantrill lived here.

That isn’t strictly pirate country, but it’s about as close as you can get as a land lubber.

I won’t claim to have pirates in my ancestry. Possible, I suppose, but there’s no mention of it in a family history that goes back to 1750s. No telling what happened before then.

Don’t abandon hope yet. Most of the serious piracy took place before 1750. You may yet find that a Jim ancestor sailed the Spanish Main and demanded his share of the booty.

WSF – Careful what you wish for. Many a pirate ended up on the end of a rope.

Hillary said, “If Trump is elected, we will all end up with nooses around our necks.” Clearly you’re right, but in Hillary’s case, it doesn’t appear that anything will happen to her. James Quidley was sentenced by the Admiralty Courts in London and he ended up in a jibbet at the mouth of the Thames. 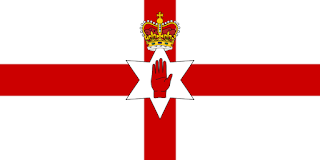 Kle – My Mom, being a psychopathic ironclad bitch, used to dress us up in Orange for St. Patrick’s day. Thankfully, it was an Italian town, so none of us got strung up.

You can be an Ulsterman and still be Irish. The red hand of Ulster may not be politically correct in the South, but it doesn’t exclude you from the Irish club. Fenians don’t have any sort of exclusivity.

As a young US Naval Officer seconded to the Royal Marine Commandos in late 1974, and to the SAS in 1976, I saw a lot of that. And as a young man overseas, I did say, “surrender the booty” more than once in pubs over in Old Blighty. I should have guessed that I had pirate blood then.

They still celebrate the Battle of the Boyne (1690) every year. (more here)

If you watch the Orange March video, there are a lot of masonic lodges and “brigades” represented.

LSP – I like the way this post started with an Indian and seamlessly worked its way to piracy and the Irish, via Kansas.

This blog has no rules.

What do you call Justin Trudeau without blackface? Shaun King.

What do you call Justin Trudeau with a beard and a cigar? Fidel Castro….

Fredd boasts – If you ask me, my Viking ancestors were way nastier than your milque-toast pirates. They took way more slaves, killed way more people, looted ways more booty, pilaged on a much grander scale and in general were superior in every evil way.
Not that this is something to be proud of. Then again…

On the other side (the paternal side), I can trace my roots to Rolo, the Duke of Normandy, so I can boast of piracy, brigandry and all manner of carnage on both sides. Rolo was depicted in the tv series, Vikings. He was the brother of Ragnar Lothbrok.  I expect that he was every bit as cunning and wicked as he is depicted.

There are a lot of skulls hanging from the family tree – and hopefully a lot of drinking and wenching going on in Odin’s corpse hall. That’s for the vikings. I think that the pirates just went straight to Hell where even now they’re plotting on how best to depose the Devil.