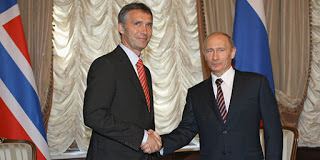 Facebook
Twitter
Pinterest
WhatsApp
What about the Russians ? (who are now Greek Orthodox – no longer atheists. I only mention that because this is a Sunday Sermonette)
Some bloggers who breeze by Virtual Mirage were in the intelligence business. Some still are. Make of that where you will.
I have to admit that Norway is one of my favorite places on the planet, some of the Norwegian politicians – who were recruited assets of the former Soviet Union and the KGB – are not.
J  (a mandarin of the dark arts) asks this pointed question of the Virtual Mirage Editorial Staff:

I wonder why the Democrats do not react to Obamas choice of Stoltenberg as NATO’s Secretary General. According to his own information to the media his cryptonym in KGB was “Steklov” https://goo.gl/gJoaxW (the website is in Norwegian because that’s where Sec. Gen. Stoltenberg is from and where he was when he spied on Norway and NATO for the Soviet Union.

Jens Stoltenberg is a Norwegian politician, and the 13th Secretary General of the North Atlantic Treaty Organization. He served as Prime Minister of Norway from 2000 to 2001, and from 2005 to 2013

It would be very interesting if the [corrupt, elite, progressive, smug, divisive, deceptive] media could check with Mr. Obama and the Democrats to obtain their reaction.
Thank you for the question, J.
Virtual Mirage’s editorial staff responds:
The elite, lying, nasty, mainstream media has a tin ear where Barack is concerned. 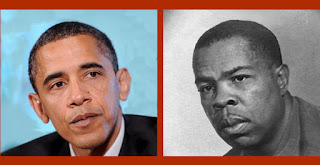 He is the champion of the Democrat Party. His mother was a communist, his grandparents were communists, his father was a drunk and whore chaser who claimed to be a commie but who really knows? His mentor, “Uncle Frank”, Frank Davis Marshall, who some believe to be his actual father, ran the Communist Party (CPUSA) for Hawaii. None of this is secret, but the filthy, progressive, smug, elite, mainstream media never mentioned that once. I wonder why? Some media leaders claim that to do so would be racist. Those are the same people who are demanding President Trump’s impeachment even though there is no evidence of any wrongdoing. Riddle me THAT.

Frank Marshall Davis (1905-1987) was a Communist Party USA (CPUSA) propagandist in Chicago and Hawaii, as well as a writer and poet. The FBI had Davis under investigation or surveillance for 19 years, compiling a 600-page FBI file. He was on the FBI’s ‘Security Index A’, meaning he would be arrested in the event of national emergency.

Was Barack a “Manchurian Candidate”? Who knows? It’s open to speculation.
AND IN RELATED NEWS

Bret Baier reported today that in June 2016 the FISA court turned down a request from the White House delivered likely to FISA by the FBI, to wiretap the Trump campaign and its officials as too broad. The scope of the warrant was refined (by the FBI) and then approved. The Obama White House wiretapped the Trump election headquarters prior to the actual election.

I’d like to read that (top secret) FISA warrant affidavit. I will suggest to you, the reader, that it contained a pack of lies. President Trump has the standing to get access to that search warrant and read it, and if appropriate, to declassify it.
The FISA court provided the content of this wiretap information to the White House on January 19th for use in undermining the newly elected Trump Administration. Barack declassified his copy and took it with him when he left. President Trump was inaugurated on the following day.
According to Bret Baker, the wiretaps turned up no collusion with the Russians, no treasonous behavior and no criminal behavior. Welcome to the police state, welcome to craven craven on the part of Obama. It’s no less than what one would expect and coincidentally, it’s what Edward Snowden was trying warn America about. It raises an ugly question as to whether Snowden was a traitor or whether his whistleblowing was heroic. I don’t know enough of the details of the Snowden case, but it raises doubts in my mind. It’s dangerous to jump to conclusion where the Obama White House is involved. History shows us that their intentions are usually craven.

At the risk of offending the Pope with this Sunday Sermonette… 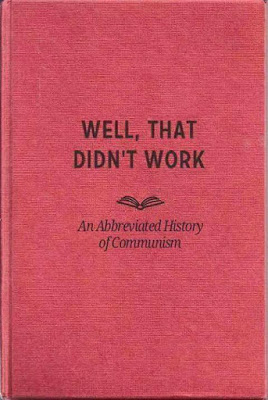 The global elites like totalitarianism (with them in total control) but those things that the lefties embrace, like National Socialism or any other form of socialism – Bernie Sanders, Elizabeth (Fake Indian) Warren, etc. The problem with their cure-all of income redistribution from their enemies (which would be “us”) to their friends and to themselves is that you inevitably get a wasteland. The Chinese Cultural Revolution where 50 million starved or modern North Korea, where everyone but the fat little dictator starves, are bleak examples of what socialism brings.

And it irks them when a free marketplace with fewer regulations and the promise of fair taxes (as opposed to income redistribution) blasts the stock exchanges to historical high points and massive wealth creation. It irritates them because they can’t ‘dip their beaks’ to the extent that they would like to. A Constitutional Republic is like that.
The stock market does not want a return to the Obama Years. Neither do American workers. The welfare queens will need to be weaned from the tit, and it will come in time. The basic hope is that people will prefer to be productive rather than parasitic and it will work with some, not with all. 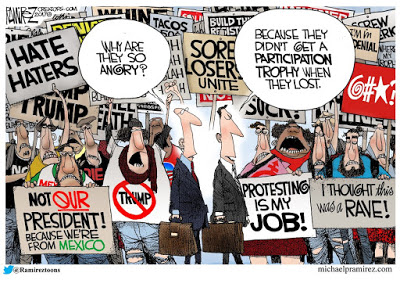