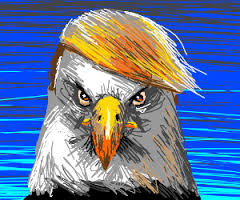 
There are those among you who deny my clairvoyant gift, but I’m going to forecast the future with absolute certainty.
Some time in the next week:
The New York Times, the Washington Post, the Huffington Post or MSNBC will publish or release an article about President Trump that at first blush appears extremely damning. Anti-Trump pundits, at least one token RINO and Rep. Nancy (Nasty) Pelosi (D-CA) will react reflexively to the news, express shrieking outrage, and proclaim that this finally proves untoward collusion between the Trump campaign and Russia — a smoking gun, at last. Impeachment will be mentioned as the only remedy.
Aggrieved former Clinton apparatchiks and unemployed Obama staffers in search of a paid contributor gig with a network will connect the dots in a manner eerily reminiscent of Glenn Beck-esque prognostication circa 2009.

Somebody like General James Clapper, the former Obama DNI, will lie — not unlike the lie that Clapper told Congress about the NSA not wiretapping US Citizens without a warrant — before Snowden screwed that up for him.

Somebody from Hollywood — a D-lister (such as Rosie O’Donnell) will piggyback the outrage of the moment story and will accuse the president of trying to co-opt her femininity and will compare him to Hitler. (A pink cat hat may or may not be observed in the frenzy to condemn – in Rosie’s case, definite not pink — Maybe a Madonna black?)

Now you know, and you’re welcome.

The Grand Staircase-Escalante National Monument that encompasses most of Southeastern Utah was one of my favorite places to take my 4×4. It’s a vast area (1,880,461 acres) the size of Rhode Island and Delaware combined and there isn’t much there in the way of ‘civilization’. However being in the middle of nowhere can be a good thing.

President Clinton designated the area as a national monument in 1996 using his authority under the Antiquities Act. After the designation not much changed.

During the early Obama Administration many of the roads that accessed the national monument were bulldozed by BLM making them impassible. I had a run-in with BLM over that on one occasion when I was trying to access the Grand Staircase and absent a road, we decided to by-pass the old road and create a new one. As luck would have it, BLM came along and took exception. Since nearly everyone in the group had badges and complained about ‘somebody destroying the road’, they let it pass and we went into the area.

I realize that management of areas like that are important, but access and reasonable use is just as important. The Grand Staircase will remain in its present form, and other than accessing oil shale, I think it’s a good idea. But the oil will remain and if the nation is ever in a pinch, they can always deal with the law and extraction at the time.
Enter Bear’s Ears National Monument Issue

(Fox News) Republican leaders in Maine and Utah are asking President Donald Trump to step into uncharted territory and rescind national monument designations made by his predecessor.

The Antiquities Act of 1906 doesn’t give the president power to undo a designation, and no president has ever taken such a step. But Trump isn’t like other presidents.

Former President Barack Obama used his power under the act to permanently preserve more land and water using national monument designations than any other president. The land is generally off limits to timber harvesting, mining and pipelines, and commercial development.

Obama created the Katahdin Woods and Waters National Monument in Maine last summer on 87,500 acres of donated forestland. The expanse includes part of the Penobscot River and stunning views of Mount Katahdin, Maine’s tallest mountain. In Utah, the former president created Bears Ears National Monument on 1.3 million acres of land that’s sacred to Native Americans and is home to tens of thousands of archaeological sites, including ancient cliff dwellings. 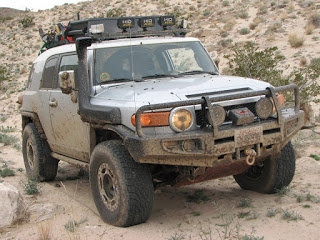 “Not one elected official in Utah that represents the Bear’S Ears region supports the designation of a national monument. With the stroke of a pen, President Obama, having never visited the area, created a monument the size of Delaware, Rhode Island and Washington, D.C., combined,” Rep. Jason Chaffetz (R-UT) said.
We don’t know what President Trump will do or not do. But this recent land grab is a step too far by the ObamaNation in my opinion.
Commentary on the Toyota FJ

I’ve had my Toyota FJ Cruiser for a decade now. It’s maintained in “like new” condition with all trail damage replaced. I just replaced the rack and pinion because the steering was starting to get a bit slack.

There are a lot of Jeepers who don’t like the venerable FJ’s. I’m not sure why. There are things that the Jeep does better (solid front axle) and there are situations such as sand where the independent front suspension excels. Irrespective, the FJ has been a first rate vehicle. I know people who have had problems with replacing one ring and pinion after another but that comes from “wrong” driving styles where they are hopping or jumping the rear end in rocks. If you ease over the obstacle rather than trying to jump it, you’re much better off.

The FJ is adequate in snow mainly because I don’t run “snow tires”. If I wrap chains around the Terra Grapplers, the traction improves in either snow or mud. Mud is rarely a problem in the desert southwest, but chains are always a good idea.

Toyota doesn’t make the FJ’s anymore. The 4-Runners were a higher ticket item and they made a business decision.