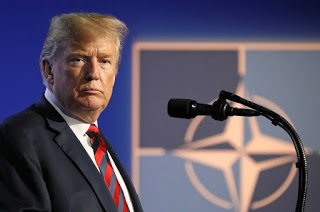 Facebook
Twitter
Pinterest
WhatsApp
I hadn’t planned to blog, but the whole situation with NATO and the recent summit irked me. There’s a lot that irks me these days. But I’m very grateful for President Trump and for his leadership and I’m looking to four more years with President Trump in the White House.


Foreign Policy in the age of Donald Trump
During the impeachment hearings, you saw and heard the mandarins from the US State Department crow repeatedly about how they know so much more than President Trump does about diplomacy. They have PhD’s from the Georgetown University’s Center for Strategic Studies. If you ask them, they will assure you that they’re all geniuses. The culture that spawned them was one of unlimited and nearly unaccountable spending. They are the bulwark that stands between the Godless communist Russian hoards and hometown America. Just ask any one of them.

If you should point out that Russia is a Greek Orthodox (Christian) country and it is not a one party system, the mandarins will scoff at you. If you were to ask about China, they’d just smile. China is not a Christian country and it is a communist country, but at State, Russia is the big threat to our freedom. North Korea is a close second.
Meanwhile at the recent NATO Summit, President Trump spoke about how the American Middle Class is donating to support European (NATO) countries. He said, “It’s our middle class. We’re funding high-speed railways in Germany. We’re rebuilding airports all across France and central Europe. Our middle class is descending into poverty.” The media went crazy, [saying], ‘You’re destroying the greatest alliance in history. It’s our strongest defense.’ And the Pentagon came in, the generals met with [Donald Trump], [saying], ‘Sir, these are our friends, sir,’ and Trump is saying, “Well, if they’re our friends, why do they lie to us? Why do they sign a document promising this percentage they’ll give, and they don’t give it. Why does our middle class have to pay for their defense and to clean up their environment?”
President Trump’s approach will work as well or better than any other approach if NATO is to arm itself against its only enemy, Russia. The State Department should be thrilled, but predictably, they are not. It’s not how things have been done. Whether it works or not is irrelevant. The bureaucrats are process people, they make entreaties, they take their counterparts to lunch (I’ll have the cherries jubilee) on their expense accounts, they cajole (pass the sweet and sour shrimp).  Most of them have forgotten that diplomacy is saying “nice doggy” while you’re looking for a rock.
And PM Boris Johnson, yucking it up with Blacky Trudeau and Froggy Macron… oh, that was not the best move. President Trump was willing to do a lot for the UK in their Brexit efforts. Now it will still happen, but it will be more difficult.
Of the 29 NATO countries,  only five pay their treaty obligation – 2% of GDP to defense of their own nation (and thus to strengthen NATO) they are USA – 3.6%; Greece – 2.4%; UK – 2.1%; Estonia – 2.1% and Poland – 2%. Essentially the US taxpayer subsidizes the rest of the NATO member countries. To add insult to injury, President Trump suggested that the NATO member countries should account for their delinquency by paying the difference between what they paid and what they should have paid for past years. Globalists such as Presidents GW Bush and Obama would never have suggested such a thing, but President Trump is a Nationalist. He concerns himself with America first (how dare he!)
Robert Levinson
He disappeared on March 9, 2007 on Kish Island, Iran. Levinson, a former DEA and FBI special agent went to Iran as a private investigator on a cigarette smuggling matter. The Iranians have held him since then. He’s the longest held American hostage in history. Will he be released in 2020? Maybe. Your Sunday Sermonette is that you need to have faith. It precedes the miracle. 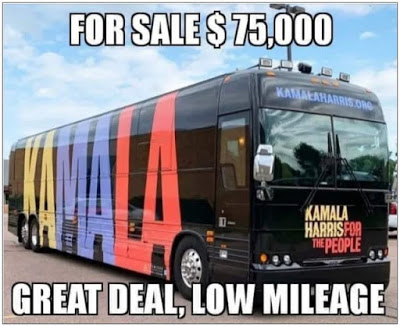 bleach and fumigate, and sell to somebody else, but yeah, WSF.