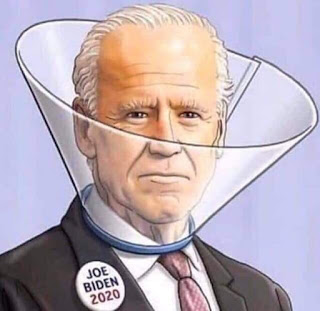 ‘Easy Company’ took umbrage with my comment yesterday to the extent that people didn’t bathe (much) in the Middle Ages. In medieval Japan, they bathed at least once a day. In Scotland in the 1200’s, not so much and clearly not during the winter. (maybe a sponge bath intermittently) The Romans did have sophisticated bath houses but they were largely not used in Britain unless the aristocracy/landed gentry used them.  Some cultures did take steam baths and then jump into the ocean. I expect that cleanliness, particularly during winter was a function of class, location and overall culture.

From my travels in the Middle East, in many places hygiene hasn’t improved since the days of Mohammed…and dental care may not exist beyond extractions.

It might help the donkeys if they put a ‘collar-of-shame’ on Slow Joe to keep him from biting himself.  Feel his hairy legs if you dare.

The circus continues as Elizabeth Warren announced that she will be the only ‘woman of color’ on the donkey’s debate stage. You can’t make this stuff up.

Their only hope is that President Trump will be removed from office before the end of his term and that is very unlikely to happen.

I’m traveling, trying to earn a few Zlotys to rub together, making the world safe for democracy and all that jazz before the holiday season shuts me down for the remainder of the year.  So forgive the spotty blogging. 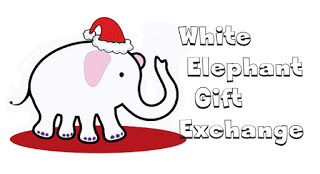 There are some holiday/Christmas parties with white elephant gift exchanges (stealing allowed) coming up and I’m trying to find unique, strange and desirable gifts to add to the mix.

What is the most unique and desirable (should be both) gift that you’ve managed to grab at a gift exchange?

There will also be a party for charity up here in the high country that will include a slave auction. I realize that is politically incorrect in many parts of America, but not here. There are no black people living here to object. It’s sort of a highlight of the year, along with a prime rib dinner. People volunteer their skills at cooking a custom pie, housecleaning, doing woodwork, chopping wood, custom ammo loading, etc., and they are bid on by others in attendance. No, it’s not a “swinger party”, Woodsterman…