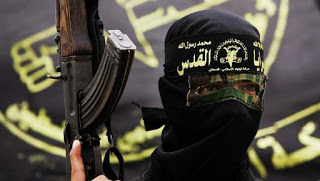 The recurring theme in every French terrorism investigation, and in our own experience in the US, is that the terrorists take their time. They plan well and they always have help. They also communicate freely. They are not lone wolves and they are not recently self-radicalized.
The Paris prosecutor, Francosi Molins, provided an update on the progress in investigating the Bastille Day Massacre.
Molins said that Mohamed Lahouaiej Bouhlel who drove the truck in Nice was not recently radicalized, as some press outlets have reported. The 31-year-old man seemed to “have planned his criminal project several months before transitioning to action.”

“The investigation underway since the night of 14 July has progressed and not only confirmed the murderous premeditated nature of Bouhlel’s act, but also established that he benefited from support and accomplices.”

Molins said four men and a woman not known to intelligence services were “involved in the preparation” of the attack. They have been placed under formal investigation. Three of the men are Tunisian-born or French-Tunisian. The woman and the fourth man are an Albanian couple.
The French obtained this information from the killer’s cell phone.
On the 21st, the French parliament extended the state of emergency for six more months.