You have to hand it to Barack and friends. They have been able to come up with a ‘daily outrage’ EVERY SINGLE DAY since they swept into office and established their regime. No normal humans could do that. It takes real, concerted effort.
Barack took the stage and said that the $400 million in dollars, pounds, euros and francs, delivered in the middle of the night, had nothing whatsoever to do with the immediate subsequent release of hostages. 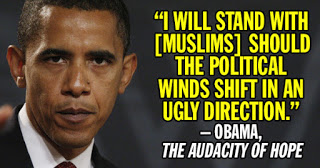 The mainstream media believes their hero. If you’re a prog, so should you because he loves his ‘children’ and wouldn’t ever lie. His chosen successor, Hillary, has the same philosophy.
Now for the sermonette portion of this blog post:
If Hillary lived in Iran, they’d make her tent her body…but she does that now. They’d make her cover her face, and that would be an improvement. Bill would be able to have four wives and an unlimited number of concubines…somebody call Bill Clinton and tell him to get his butt to Iran. 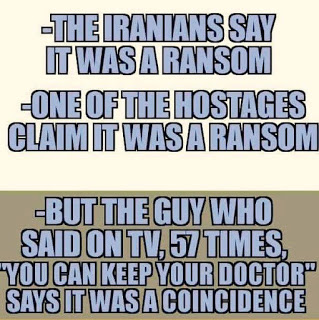 A man wielding a machete and shouting “God is great” in Arabic injured two female police officers Saturday outside a police station in southern Belgium, according to reports. It’s a common thing in England as well.  Since the police officers were on-duty, this constitutes workplace violence. I’m surprised that the news media even reports these obvious lies about the Religion of Peace.
My reaction was: Why didn’t they shoot him?
Follow-up reporting claimed that the alleged Muslim had been shot by the police but was alive.
My reaction was: Are they completely incompetent?

My reaction was: Good.
I’m sure that Ali is there in heaven enjoying his 72 Virgins, slurping up milk and honey, etc. Well done Belgian Police.
There will be a press conference in the US where Barack will praise the good intentions of the dead Muslim, will speak about how Muslim Lives Matter and will condemn the police in Belgium.
Hillary Clinton won’t say much since the victims of the workplace violence were women.