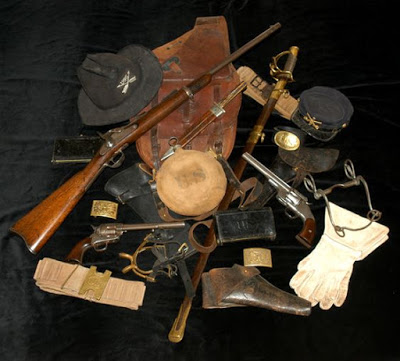 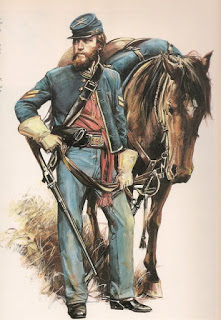 The Jicarilla War began in 1849 and was fought between the Jicarilla Apache, their allies, the Utes, and the US Army. An influx of gold miners into the Santa Rita Mountains, south of Tucson, Arizona lit the fuse on the powder keg.

A group of settlers were attacked and killed by a force of Jicarillas and Utes in northeastern New Mexico. A second massacre occurred in 1850, in which several mail carriers were massacred. It wasn’t until 1853 that the army became involved. The army went on to fight at the Battle of Cieneguilla, a significant Apache victory, and later the Battle of Ojo Caliente Canyon, in 1854, a US Army victory. Minor skirmishing continued through 1855.

The Chiricahua Wars began in 1851, in Southwestern New Mexico near the Arizona border in the Pinos Altos  area. Several groups of miners attacked Apache camps and the Apache retaliated asymmetrically as was their way. The Bascom Affair began in February 1861, initiated by Lieutenant George N. Bascom and Cochise. The War of Northern Aggression/War Between the States/Civil War began in April 1861 and the subsequent campaigns in this war became battles between the Confederate States of America and the Apache. They fought at the battles of Tubac, Cookes Canyon, Florida Mountains, Pinos Altos and Dragoon Springs. Other Apache bands fought the Confederates as well; Mescalero Apache attacked and captured a herd of livestock at Fort Davis on August 9, 1861, with the Apache killing two guards in the process. The Army sent out a patrol to try to retrieve the livestock, and the Apache killed them all. Mangas Coloradas and Cochise were joined in their campaign by the chief Juh and the notable warrior Geronimo. They thought that they had achieved some success when the Americans closed the Butterfield Overland Stagecoach and Army troops departed, but those actions were related to the beginning of the Civil War.
The United States military leadership decided to move against the Arizona Confederates in what the Union considered part of the New Mexico Territory by dispatching a column of Californian volunteers under Colonel James Henry Carleton. The California Column, as it was known, followed the old Butterfield Overland Trail east. In 1862 the troops encountered Mangas Coloradas and Cochise’s followers near the site of the spring in Apache Pass. In the Battle of Apache Pass, soldiers shot and wounded Mangas Coloradas in the chest. While recuperating, he met with an intermediary to call for peace with the United States.
In January 1863, Coloradas agreed to meet with U.S. military leaders at Fort McLane, near present-day Hurley in southwestern New Mexico. Coloradas arrived under a white flag of truce to meet with Brigadier General Joseph Rodman West, an officer of the California militia. Armed soldiers took him into custody, and West is reported to ordered the sentries to execute the Apache leader. That night Mangas was tortured, shot and killed, as he was “trying to escape.” The following day, soldiers cut off his head, boiled it and sent the skull to the Smithsonian Institution. The mutilation of Coloradas’ body increased the hostility of the Apache toward the United States.

The White Mountain Apache had several strongholds. Their summer ranges included that part of the Mogollon Rim near the White Wolf Mine and extended south into the area north of Young Arizona where the canyons afforded plentiful game, water and protection.
You will read more about the Apache Wars in this part of Arizona.