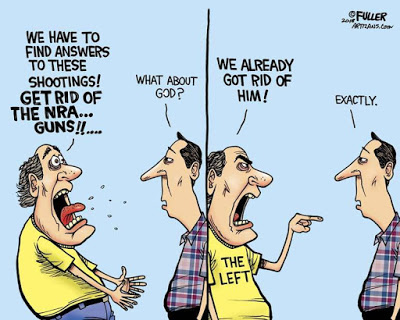 Yes, this is a movie review and I’m posting it on Sunday so the whole life and death theme can be explored (via sermonette) while I review this firearms-themed feature film. 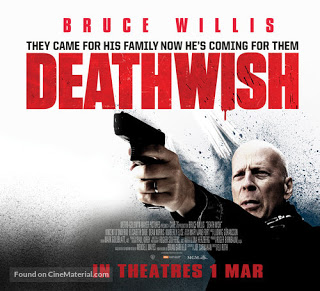 I’m surprised that Hollywood allowed Bruce Willis to make a movie since he doesn’t seem to me to be the type who would support an old communist like Bernie Sanders or the infinitely corrupt Hillary Clinton.
The first question you should be asking is whether Willis did a better job in the lead role than Charles Bronson.

Many of Willis’ films have a humor element (Die Hard for example). The humor element in this film is watching bad guys get shot, crushed, and otherwise splattered. And it appeals to my twisted sense of justice.

The point of the film is that the only person who is going to protect you or your family is YOU or your family. The police will try to come along, put the pieces together and begin an investigation, but the kinetic point of contact – tip of the spear – is something that people have to take responsibility for in whatever way they are able.

Set in Chicago, in a sea of violence, Bruce Willis sets out to put things right – and the police are cool with it. That would have been the tag line if I had written the script.

I thought of our fellow blogger, Mike C, a doctor, when I saw the movie — though I suspect that Mike C would have shot first and ended the fight right there. 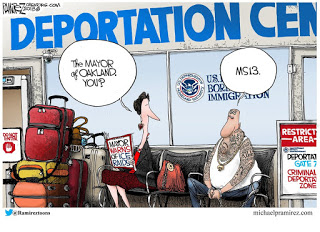 The problem with movies such as Death Wish is that they don’t go nearly far enough to explain what’s happening around us. Look at the City of Oakland, CA, which reminds me of a small Chicago. The Mayor warned criminal illegal aliens of raids by ICE. In California as in Chicago, moves are made to give illegal aliens the vote. You ask how that can happen, but it is, and the public seems fine with it. There are no mobs storming the Oakland City Hall. There are no protests in Chicago – where it’s common knowledge that the dead vote anyway.

The scenario in Death Wish is symptomatic of a system that has been corrupted and broken.