Life on the Slabs 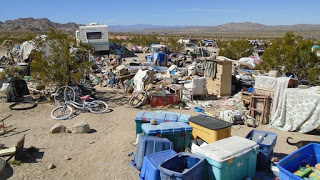 Fox News broke a story wherein San Bernardino County Deputy Sheriffs found that a couple of people and three minor children had been living in a plywood box in the desert for four years. Read more here.
I was surprised that it was news because there are a lot of really big hobo jungles in California that have been in operation for many decades with similar conditions. I thought of this more or less like a dog bites man story – interesting but very common place.
There are massive homeless and sanctuary city encampments in California where people shit on the streets of Anaheim, San Francisco, Los Angeles and San Diego. 55,000 in the downtown Los Angeles streets alone. They are guests of a state which makes sure to register all of these down-and-outers to vote for the democrat of their choice.
That’s not what this blog post is about. Not really. The Punchbowl in Imperial County, California’s Chocolate Mountains provides a bombing range for the US Navy and Marine Corps.

The live fire ranges abut a US Naval Special Forces desert training area. I’ve been there and in the odd hours where we didn’t have much to do, we’d get in a Jeep (before the Humvee – Navy was very slow to acquire new rides) or in what was then called a “Desert Patrol Vehicle” – developed by SEAL Team 5, the Navy’s Cold Weather Team…make of that what you will… and cruise the slabs. It’s like a dystopian movie. 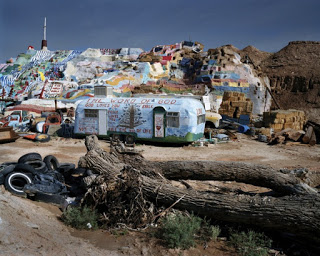 The Slabs, also called Slab City has a wikipedia page HERE. Can you imagine that?
During the winter, Canadians in large motorhomes showed up but for most of the year, there were feral families living on the fringe. They made their living on government benefits or on stealing unexploded ordnance from the Navy and Marine Corp’s bombing ranges.
The Slabs were awash with urchins who should have been in school but weren’t because in California, there was no will to insure that they attended. The snowbirds headed north and ceded the area to its permanent residents when the weather warmed.
We often saw the kids fishing in the California Aquaduct, which was and likely is thoroughly polluted. It was not a Navy mission to save the host of possibly thousands of children and their deadbeat parents. 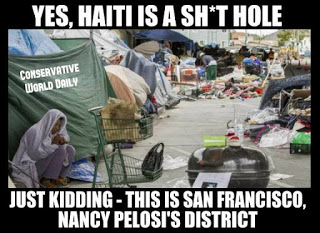 I think that my point is that though California boasts of Silicon Valley, Hollywood, Disneyland, and the highest taxes in the nation, they also ignore vast armies of bums and their feral children, many of whom are born on the slabs. It’s grist for a Mad Max style movie and you can go drive around there yourself and see for yourself. There are murders in the slabs. Imperial County (CA) Sheriffs doesn’t patrol the area. It’s squatted on by scrappers and their ad hoc organization, if you can call it that, calls the shots.
The slabs date back to General Paton’s desert training center pre-deployment in Operation Torch during World War 2. Concrete slabs were poured for barracks. The barracks were dismantled long ago but the slabs remain. It’s where the “scrappers” who hoard unexploded ordnance and the snowbirds from Canada live. They don’t exactly live side-by-side, but surprisingly leave each other well enough alone. The scrappers and the Canadians leave the Navy and Marine Corps alone. Sometimes the Marines raid the slabs looking for aluminum retarding fins for snake eyes or actual unexploded 500 lbs pound bombs. Sometimes they fetch back other explosive-related items. Mostly not, though.
Progressives like living in expensive compounds or high rise apartments with armed guards to protect them. You don’t see them at the slabs in summer when it’s 120  degrees in the shade.