The Ministry of Truth 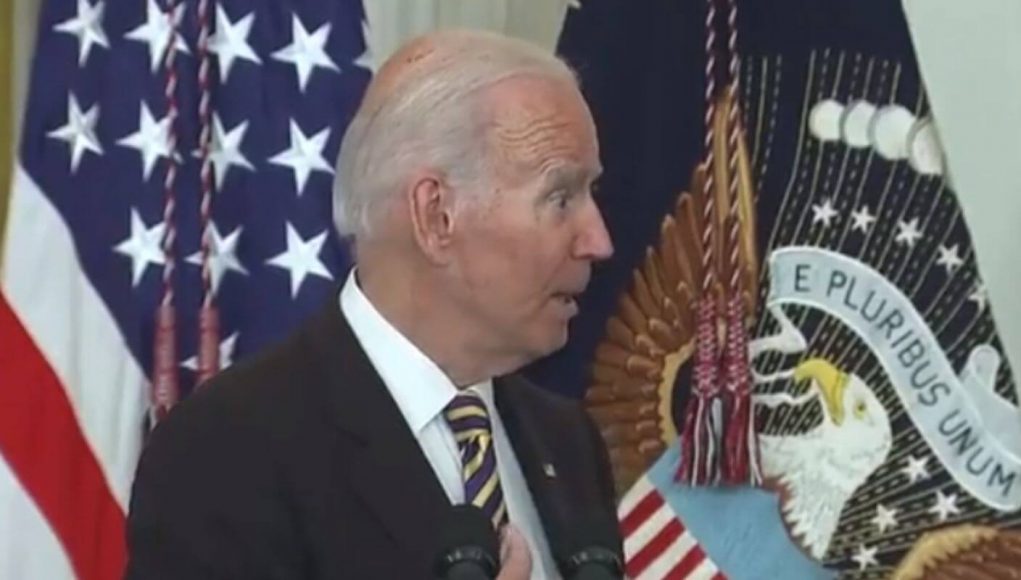 The Ministry of Truth, Department of Homeland Security 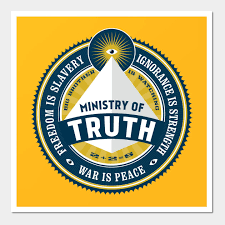 “Ignorance is Strength” should be the motto for the Brandon White House, for nobody is quite as big of a fool as the demented old man who had to be led around by the Easter Bunny.

Nina Jankowicz, a moron, who studies the intersection of democracy and technology, and wrote two books that nobody read, will be telling you what you can and cannot say in a bold move to eliminate the First Amendment. This is the audition video that Nina made to get her new job.  You can’t make this up. She’s crazy as a shit house rat. 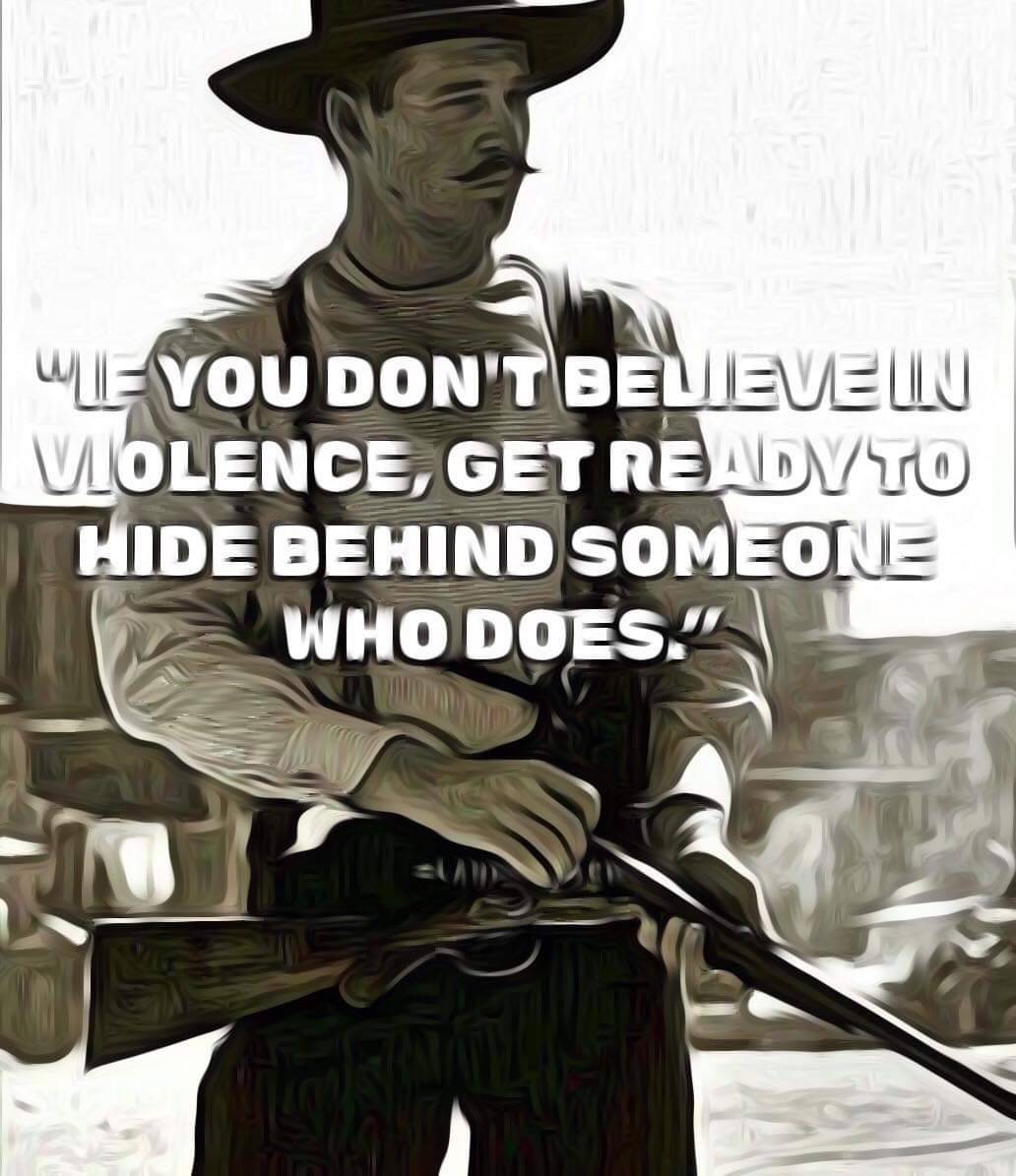 If you don’t read the newspaper, you are uninformed.

If you do read the newspaper, you are misinformed.

The American economy was the best in the history of the world. Now food prices are through the roof as are fuel prices. The price of a home is well beyond anyone who hasn’t been in the housing market. The Administration is working to promote World War 3. The dazed and confused American president is led around the stage by the Easter Bunny, and none of the mainstream media comments on it.

Hex Marks – These geometric patterns were painted or carved on guns to prevent witches hired by the enemy from bewitching them.

Just no two-tone eyes – It could well be that a pressed man had to face a somewhat strange question during the health check. Namely, look me in the eyes –  to check whether he has two different colored eyes. Because that brought the greatest misfortune on board and the man’s luck because he had to leave the boat immediately.

May it be a few flowers? No, flowers were given at funerals and meant bad luck and the death of many onboard. And it was probably about cut flowers, because there were some captains or admirals, especially on blockade duty, who kept half a garden in their great cabin because it reminded them of home and meant a bit of work against boredom.

May I ask for the right foot? Come aboard yes, but please with your right foot. Left is bad and brings bad luck. This was due to the general view that left was the evil, unclean side.

Do not start a sea voyage on these days…..  Thursdays – Thor’s god of thunder and lightning, strum and thunderstorms; Fridays – Jesus was crucified on a Friday; The first Monday in April – Cain murdered Abel; The second Monday in August – Sodom and Gomorrah was destroyed; Superstitious sailors believe that only sea voyages that begin on Sunday bring luck. But don’t sail in Denmark, Sweden, Norway, and Finland on Sunday, it conjures up storms.

Green clothing/underwear – Green is known to be the color of hope and envy. In seafaring, however, no one would envy your green clothes. Because especially in England, a green garment or even green underwear is a sign of bad luck. Supposedly, this color is reserved for Neptune, the god of the sea. And who would like to argue with a god about the color of their clothes?

Something else to invoke the wind – Hoist a broom with the bristles pointing upwards.

Friday the 13th – Not only in seafaring but in general, the number 13 is seen as either a lucky or unlucky number. On Friday the 13th, you should be especially careful because many misfortunes can happen. Some hotels do not have a room with the number 13, and passenger ships often jump from 12 directly to 14 to avoid the unlucky 13. So it is only natural not to set sail on a Friday the 13th. This superstition stems from the Christian faith since Jesus was crucified on a Friday (Good Friday). A famous Grand Master of the Order of the Temple was also executed on Friday the 13th.

Avoid mishaps before the journey – There are many dangers lurking before the journey begins, for example, the Sailor should not eat red cabbage on the day of departure. But please don’t ask me if it’s just because of the stimulated digestion, which might annoy the new comrades. It is best to look down at the ground, as this prevents contact with people who are trying to wish him a safe journey. Because that brings bad luck. Just like a woman in a white bonnet or barefoot, and if she waved at him as he was leaving … well, then he could only hope that he would come back safe and sound, because waving actually meant goodbye forever. But what was a good omen was when he met a flock of sheep or heard a cuckoo.

Another thing about redheads… Redheads were considered to be boisterous, fiery characters who should not necessarily be on board, as they tended to cause riots on board and allegedly triggered mutinies. Well, every now and then it was impossible to prevent a redhead from coming on board, so it was best to approach him first. Because only then would he have no power over one. This superstition is based on the fact that in the Middle Ages redheads were regarded as witches or sorcerers, and this misconception lasted for a long time. I wonder if the same thing happened to Admiral Lord Thomas Cochrane? At least he made it to admiral despite his red hair. 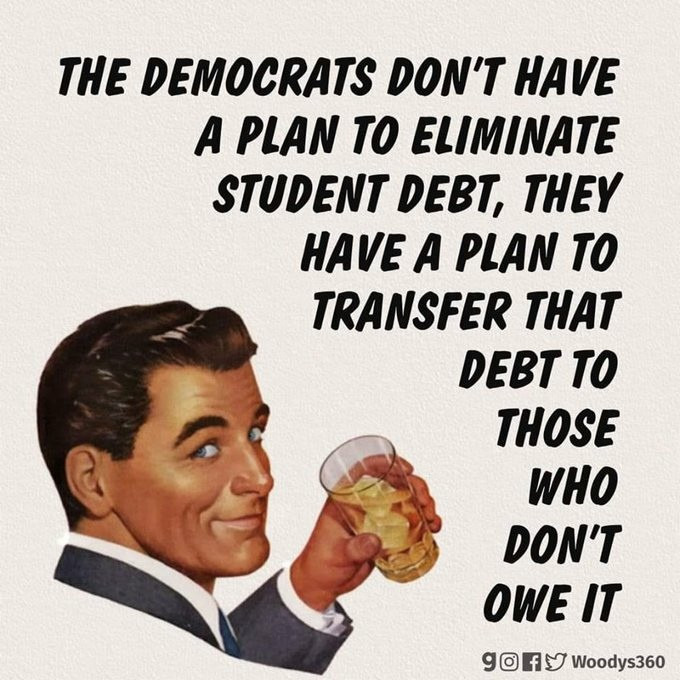