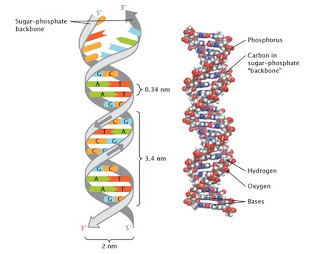 Scientists have developed a way of storing vast quantities of information for up to a million years in a single molecule of DNA. They’ve also found a way to apply a mathematical algorithm normally used in long-distance radio transmissions to eliminate any errors when deciphering the data written in the digital genetic code of DNA.

(The Independent) Robert Grass and colleagues of the Swiss Federal Institute of Technology (ETH) in Zurich said they have pioneered a process of encapsulated DNA in glass that is equivalent to creating a fossilised form of data storage.

“If you go back to medieval times in Europe, we had monks writing in books to transmit information for the future, and some of those books still exist. Now, we save information on hard drives, which we wear out in a few decades,” Dr Grass said.

DNA has the advantage over hard drives in that it is an extremely dense form of data storage with the potential to survive for long periods of time. An external hard drive for instance is about the size of a paperback book, can store about five terabytes of data and might last 50 years.

In contrast, an ounce (28 grams) of DNA could fit on a penny, store 300,000 terabytes of memory and palaeontologists have shown the information stored in DNA recovered from fossils can survive for up to a million years.

It’s worth reading the entire article in The Independent (cited above) if you have more interest in the
details. 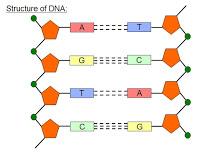 Not long after the discovery of the double helix architecture of DNA, people figured out that the coding language of nature is very similar to the binary language we use in computers. On a hard drive, we use zeros and ones to represent data, and in DNA there are four nucleotides, A, C, T and G. Scientists are still discovering information that was encoded in our shared DNA (example), and the capacity to store common computer data is a leap forward in the march toward a more rational form of data storage than we now use.
There are still some bugs that need to be worked out of the system and it’s prohibitively expensive for every day use at the moment, but it clearly offers a pathway that has already been taken successfully as can be witnessed by the fact that you’re reading this.