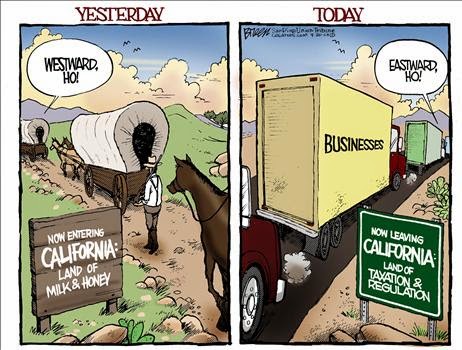 Facebook
Twitter
Pinterest
WhatsApp
California is still in the grip of an economic downturn, a recession or whatever you want to call it. There unemployed numbers are obfuscated by the government, but they are vast. And people simply aren’t spending money the way they did in 2008, before this all began. It’s primarily because they don’t have it to spend and they’ve adapted to the “new normal”.

I spoke to an independent businesswoman yesterday about her business and she said, “I’m still in business but my overhead literally takes everything that I have. I pay the employees but I can’t pay myself – so far this year.” It’s an echo in the room that a lot of people in California hear.

Texas hasn’t suffered from the recession that gripped the rest of the nation in any way that is pro proportional to the other states. One needn’t delve deeply to find why that is and why people like Texas Governor Rick Perry keeps coming back to California to lure companies to the income-tax-free Lone Star State.

(IBD) Toyota Motor Corp. will relocate “substantial parts” of its U.S. headquarters in Torrance, Calif., to suburban Dallas. The impetus for the move: cutting costs. This could lead to as many as 5,000 jobs transplanted from California to Big D, as they call it in Texas. This is the 50th major employer to make the trek to the Lone Star State from California this year alone.

Toyota, the world’s largest auto producer, isn’t saying so, but no doubt taxes are a big source of the savings from packing up and moving. California has the highest income tax in the country, with a top rate of 13%, compared with zero in Texas. For a company with thousands of workers, many with high salaries, this can mean tens of millions of dollars each and every year in cost savings to Toyota and its employees.

It’s not just taxes, but also a regulatory structure in California that treats businesses, especially manufacturers, like enemy combatants. Joseph Vranich, a California-based business relocation adviser, who has long tracked the migration of companies from California, cites more than 250 major firms that left the state since 2011 through last year.

When Perry was asked why he keeps traveling to California, he recently quipped: “You fish where the fish are.” 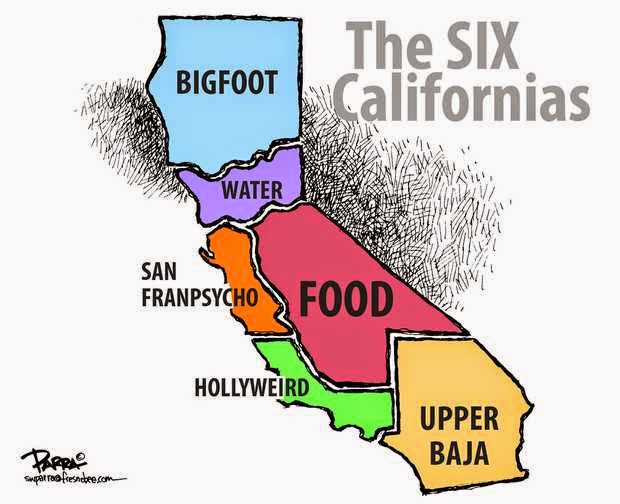 My company isn’t relocating from California to Texas. We chose income tax free Nevada. Moving a substantial portion of our manufacturing, sales, customer service and other functionality from Pasadena to Reno reduces overhead costs by 40%. While California politicians who are swilling at the liberal trough of endless borrowing will not comprehend a 40% reduction in overhead, any business person will immediately understand it.
California doesn’t care how many companies leave. But other states are happy to get the jobs. When we decided to relocate to Nevada, the governor had dinner with us to talk about the move. They want jobs, they want us to pay (less) taxes in their state and they want the industrial brain trust transferred to their turf.
And that’s how it rolls. It is precisely how liberals built Detroit.