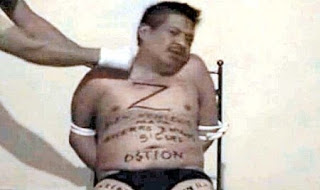 They found the body of Edelmiro Cavazos on a dirt road on the outskirts of Santiago, a popular tourist spot near Monterrey, Mexico. The 38-year-old, U.S.-educated mayor of Santiago had been shot execution-style, hands tied behind his back, head bound with tape.
Cavazos, was the fifth of nine Mexican mayors gunned down in the past two years.
More people are dying each day from the bullets and bombs of drug traffickers in their country than are being killed in the Iraq and Afghanistan wars combined.
In the border city of Juarez, the epicenter of the violence, 60 residents were gunned down between Friday and Monday. Drug gangs have resorted to car bombs, kidnappings and have even blockaded wealthy neighborhoods of Monterrey in spectacular displays of force. 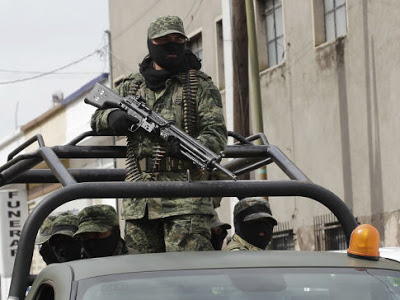 The escalating carnage is a direct result of Calderon’s decision, shortly after his election in 2006, to station 45,000 soldiers and police on the country’s streets to combat the cartels. Calderon’s military surge has been backed by more than $1.2 billion in drug war aid from former President Bush, and by several hundred million more from the Obama administration under the rubric of the Merida Initiative. 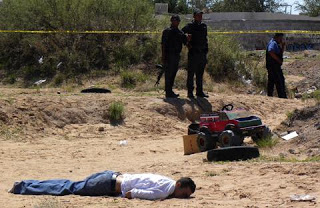 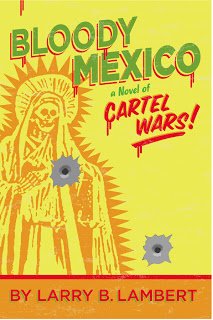 Consider the novel, coming soon to a book
store near you or from Amazon.com!