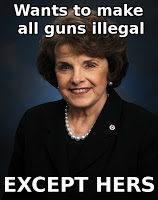 It’s not even news when another scandal breaks with the Obama administration. There are so many that it’s difficult to keep count. Obama uses the IRS to target and attack his political opponents; Obama’s ATF is selling firearms to Mexican Drug Cartels in the hopes that they’re used to commit crimes, thus justifying his gun control agenda; Obama’s EPA attacks Gibson Guitar because they are Republican Party donors – and leaves their competition (Democratic Party donors) alone; Eric Holder lies to Congress and is held in contempt of Congress; Hillary’s cover-her-ass gambit in Benghazi, Libya goes awry and a campaign of lying and obfuscation results. The Justice Department is engaging in witch hunts within the Associated Press, Fox News and CBS (Sharyl Attkisson). Flying armed drones here and there to kill more or less whoever we don’t like. (AG Holder did draw the line at US Citizens living inside the US – allegedly). None of that is news if you listen to the mainstream media.
That the New York Times would cover the most recent scandal with a scathing denouncement is shocking.

(New York Times) Within hours of the disclosure that federal authorities routinely collect data on phone calls Americans make, regardless of whether they have any bearing on a counterterrorism investigation, the Obama administration issued the same platitude it has offered every time President Obama has been caught overreaching in the use of his powers: Terrorists are a real menace and you should just trust us to deal with them because we have internal mechanisms (that we are not going to tell you about) to make sure we do not violate your rights.

Disclosures that the National Security Agency is eves-dropping on ordinary Americans (and who wants to bet that there is a focus on the Republicans?) bothers the New York Times when nothing else would seem to.

NY Times Continued: A senior administration official quoted in The Times online Thursday afternoon about the Verizon order offered the lame observation that the information does not include the name of any caller, as though there would be the slightest difficulty in matching numbers to names. He said the information “has been a critical tool in protecting the nation from terrorist threats,” because it allows the government “to discover whether known or suspected terrorists have been in contact with other persons who may be engaged in terrorist activities, particularly people located inside the United States.”

Please keep in mind, dear readers, that the US Department of Homeland Security considers “Sovereign Individuals”, “Patriots” and “Tea Party Members” to be subversives. Secretary Janet Napolitano specifically identified, “retired police officers and returning veterans” as the sort of people that her agency needed to scrutinize carefully. Islamic fundamentalists? Not so much. That would be Islamophobic and the Obama Administration does embrace Islam.
Does anyone want to bet that the targets of the NSA snooping include President Obama’s political enemies?

NY Times Continued: On Thursday, Representative Jim Sensenbrenner, Republican of Wisconsin, who introduced the Patriot Act in 2001, said that the National Security Agency overstepped its bounds by obtaining a secret order to collect phone log records from millions of Americans.

“As the author of the Patriot Act, I am extremely troubled by the F.B.I.’s interpretation of this legislation,” he said in a statement. “While I believe the Patriot Act appropriately balanced national security concerns and civil rights, I have always worried about potential abuses.” He added: “Seizing phone records of millions of innocent people is excessive and un-American.”

Senator Dianne Feinstein (D-CA) sought to quiet public fears saying that the intrusion into the lives of Americans was necessary, though she has no idea what information has been obtained from millions of Americans or how it is being used.  Dianne, you have no idea how warm and fuzzy that makes me feel.
Is there a Constitution left to govern the land? The answer is yes, there is, but the Obama Administration feels free to disregard it — and for the most part, their toadies in the mainstream media are happy to follow along, sipping the Kool Aid.

(Fox News) The classified program is code-named PRISM, the Washington Post reported, and has not been disclosed publicly before. Members of Congress who are aware of the program were reportedly bound by oaths of office to keep it confidential.

According to slides from an internal presentation intended for NSA senior analysts and obtained by the Washington Post, the program accounts for nearly one in seven intelligence reports.

“We hold these truths to be self-evident, that all men are created equal, that they are endowed by their Creator with certain unalienable Rights, that among these are Life, Liberty and the pursuit of Happiness. — That to secure these rights, Governments are instituted among Men, deriving their just powers from the consent of the governed, — That whenever any Form of Government becomes destructive of these ends, it is the Right of the People to alter or to abolish it, and to institute new Government, laying its foundation on such principles and organizing its powers in such form, as to them shall seem most likely to effect their Safety and Happiness.”
How many more scandals will it take (that are generally ignored by the Press)? We need to take back the legislature in 2014 and hold people accountable for what they are doing within the Obama Administration.


Bush vs Obama  (a reminder)

Bottom line: a massive surveillance system that intercepts millions or billions of international calls and e-mails may not constitute electronic survellance as defined by FISA, provided that the interception occurs outside the United States and neither specific individuals nor purely domestic calls are targeted

Under Bush, collection of purely domestic calls by the special collections program was rare or inadvertent — by the New York Times’ own admission.

And the data mining program exposed in May 2006 (which I linked/referred to at the very top of this blog post) was expressly established “to analyze calling patterns in an effort to detect terrorist activity.”

Under President “War on Terror is over” Obama, massive, blanket collection of data involving purely domestic calls placed by Americans to other Americans is the intended objective, not an accident.