Home Blog Post Pattern of Co...
Facebook
Twitter
Pinterest
WhatsApp
I’m trying to keep all of the scandals straight. And just when you thought that the outrageous conduct by the Obama Administration had all passed, there’s another one. Under President Obama’s Green Environmental Protection Agency, Conservative groups are treated differently than groups that are pro-Obama. Yes, it’s shocking…since his Internal Revenue Service has been doing the same thing for at least the past three years. 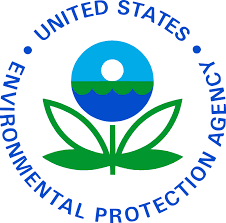 (Washington Examiner) Conservative groups seeking information from the Environmental Protection Agency have been routinely hindered by fees normally waived for media and watchdog groups, while fees for more than 90 percent of requests from green groups were waived, according to requests reviewed by the Conservative Enterprise Institute (CEI). CEI reviewed Freedom of Information Act requests sent between January 2012 and this spring from several environmental groups friendly to the EPA’s mission, and several conservative groups, to see how equally the agency applies its fee waiver policy for media and watchdog groups. Government agencies are supposed to waive fees for groups disseminating information for public benefit.

This president’s administration has been working diligently to try and fundamentally transform America by following the tone set by the Chief Executive (and Nobel Laureate).

For 92 percent of requests from green groups, the EPA cooperated by waiving fees for the information. Those requests came from the Natural Resources Defense Council, EarthJustice, Public Employees for Environmental Responsibility, The Waterkeeper Alliance, Greenpeace, Southern Environmental Law Center and the Center for Biological Diversity.

CEI, on the other hand, had its requests denied 93 percent of the time. One request was denied because CEI failed to express its intent to disseminate the information to the general public. The rest were denied because the agency said CEI “failed to demonstrate that the release of the information requested significantly increases the public understanding of government operations or activities.”

Similarly, requests from conservative groups Judicial Watch and National Center for Public Policy Research were approved half the time, and all requests from Franklin Center and the Institute for Energy Research were denied. “Their practice is to take care of their friends and impose ridiculous obstacles to deny problematic parties’ requests for information,” said Horner.

Definition of ‘totalitarian regime’. “Form of government that subordinates all aspects of its citizens’ lives to the authority of the state, with a single charismatic leader as the ultimate authority.”

I realize that many in the Obama Administration feel that “my way or the highway” constitutes liberty and justice for all, and were we in the Third World — it would wash. Today under this regime in America, it’s clearly “Liberty and Justice for my Friends and Contributors”.