The Gang’s All Here

I received the news from our fellow blogger, Juliette, who announced the arrival of a second male wolf to add to her pack there in Old Blighty. She calls him HALO (High Altitude/Low Opening?), which is a worthy name for a wolf. Her first wolf is named Lucifer, also a great wolf name.

Old NFO — they all moved to Arizona

And about the same time as I was reading Jules’ e-mail, I saw a large herd of deer moving north on the old logging road behind the hovel where I live, here at the White Wolf Mine, high atop Arizona’s Mogollon Rim. A dozen or so white tail does and fawns. They were followed by six or seven more does/fawns. Then I saw the bucks moving up behind them.

The first two bucks were Joey and Elmer, who live here at the mine. 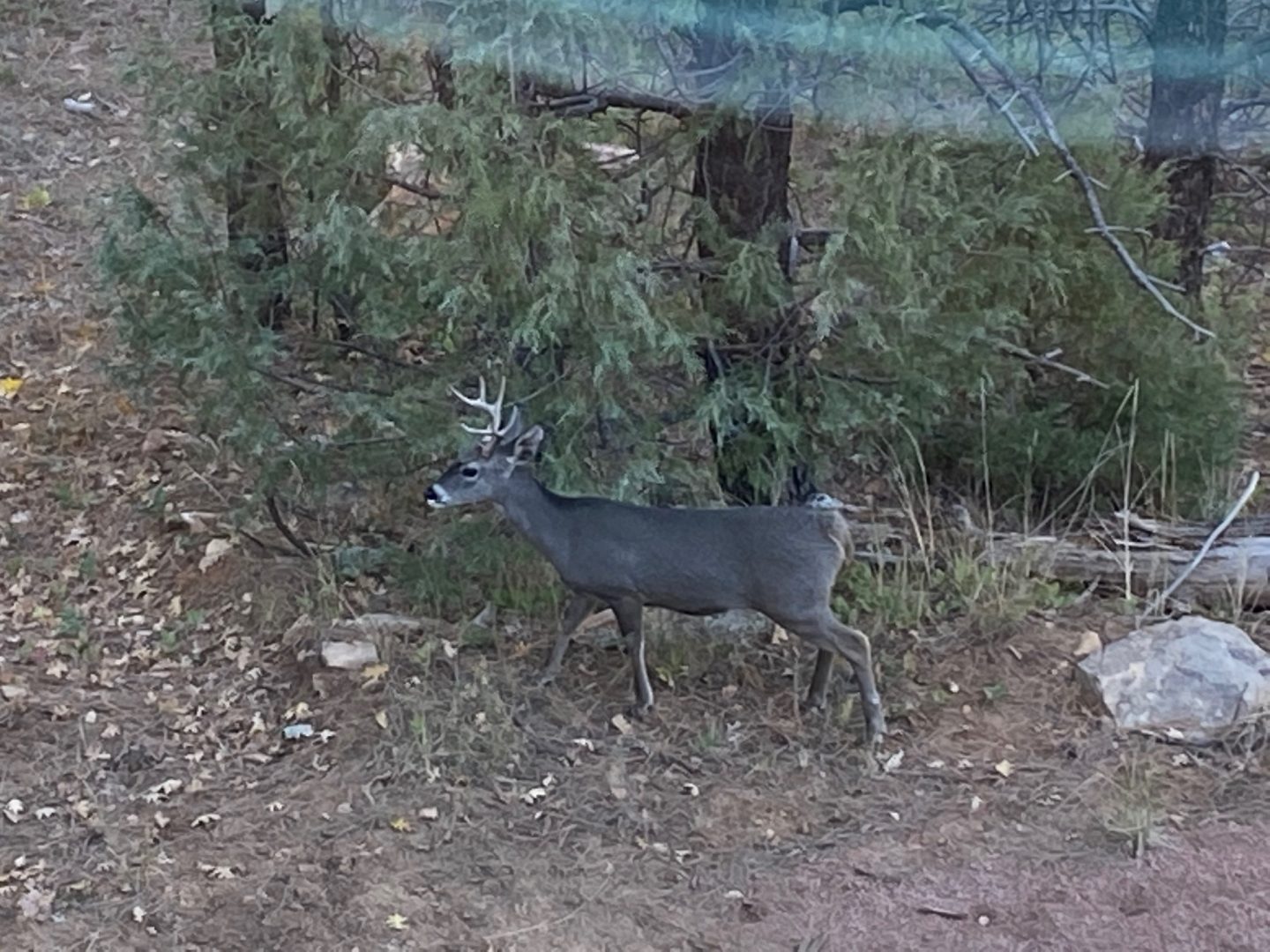 Looking down from the dining room window. 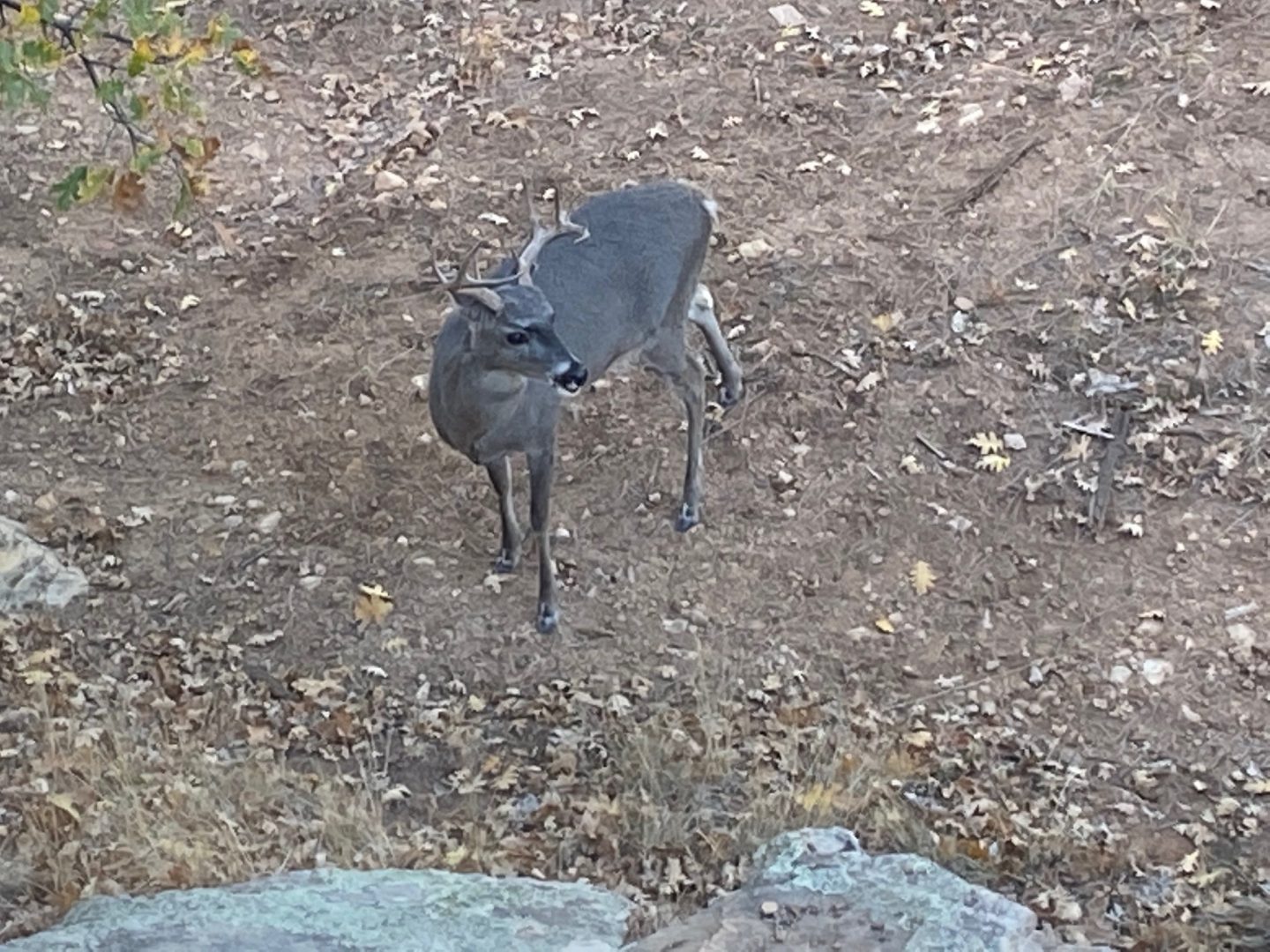 I’m looking almost straight down from the deck. This buck is larger, maybe 4 or 5 years of age and he’s not a local, though he might like it well enough to stay. The wind is blowing and he can’t hear me or smell me and he’s not looking up. I’m about 16 feet away.  Snow is expected tonight.

We have mule deer and Arizona white tail. The mule deer are larger. The white tail deer are not much larger than Jules’ wolves. They are dainty. There are substantially more elk than deer, but today we had deer moving around. The deer season begins Friday and hunters will be banging away, but not here at the WWM. It’s not a deer sanctuary, but I leave the locals be.

If you didn’t watch the news, you’d think that the rest of the world is the same as it is here…but it’s definitely not.

The LL granddaughters, who live in Prescott, AZ, went to their first Halloween party of the year. I thought that the Wednesday Addams was particularly well done, but they all had a lot of fun. They work hard to stay in character. 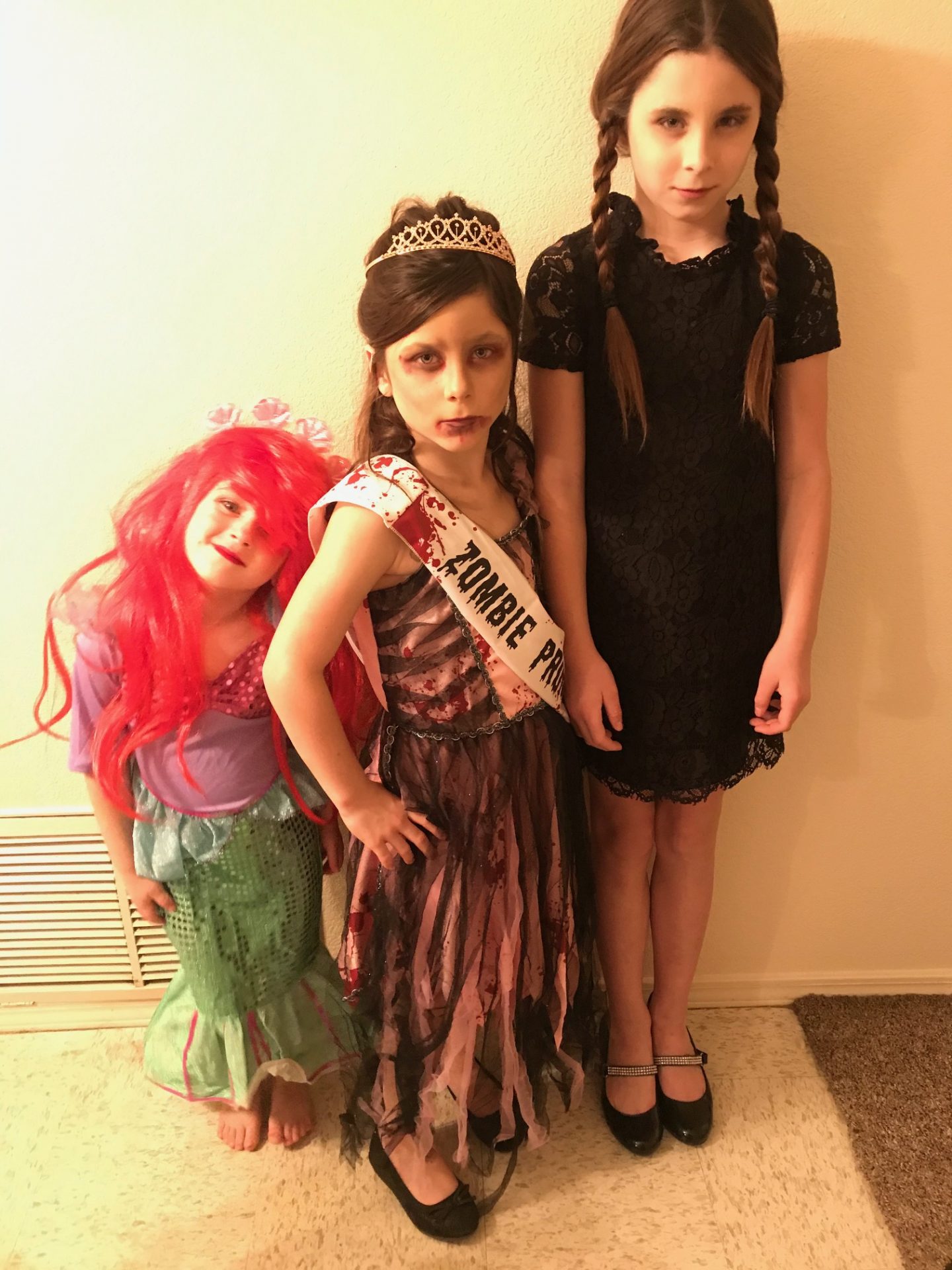